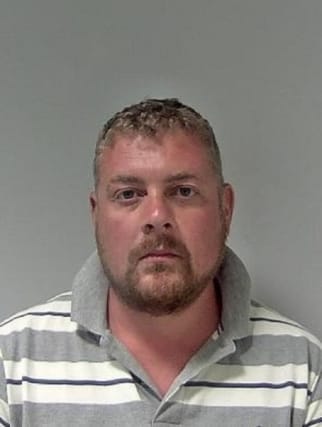 A man who stabbed his disabled great-uncle to death in an attack of “extraordinary violence” has been jailed for life with a minimum of 20 years.

Eighty-year-old Desmond Wooding – known affectionately as “scooter granddad” because of his mobility device – was found fatally injured with 11 knife wounds at his bungalow on June 24 last year.

Adam Mason was convicted of murder after a trial ending in March, but delays imposed by the Covid-19 lockdown meant he was only sentenced on Monday.

The 33-year-old, who had downed at least 12 pints at a nearby pub during an all-day drinking session before the attack on June 23, claimed he knew nothing of the killing.

But Mason was seen on CCTV walking his dog near the victim’s home in Vines Land, Droitwich, Worcestershire, just minutes before the stabbing.

He was then heard by a neighbour exchanging angry words with Mr Wooding on his doorstep.

A jury convicted Mason after also hearing how the victim’s DNA was found on his dog’s lead, and how he rang a relative to help him dispose of the weapon and his clothing.

Sentencing at Worcester Crown Court, Judge Robert Juckes QC told Mason it was an “astonishing aspect of this case” that immediately after the stabbing he walked “calmly” back to the pub to await a lift.

The judge said: “You’re responsible for the murder by way of repeatedly stabbing a disabled 80-year-old, whom you attacked in his own house, around 9pm at night, as he was preparing himself to go to bed.”

He added: “What the rancour was you harboured against your great-uncle, Des Wooding, I don’t know.

“And it hasn’t become clear in this case.

“What has been implied in the case is some sort of falling out between your family and his, in relation to his marriage to your grandfather’s sister.

“Nothing that has been said begins to justify what followed.”

The judge said Mason by his own admission “had an enormous amount to drink” starting from noon the day of the killing, with CCTV at the Gardener’s Arms pub showing him “in belligerent mood, bantering aggressively”.

Mason, of Plough Lane, Tibberton, near Droitwich, kicked over a bin during the course of his drinking, and knocked a glass off a table.

The “powerfully-built” Mason was then seen at 8.42pm walking his dog, but was “plainly” making his way to the victim’s bungalow.

“You were seen before you went into Mr Wooding’s house, by a neighbour,” the judge said.

“The neighbour was concerned by your behaviour, he thought there were angry words between the two of you.

“In spite of the angry words between you, Mr Wooding let you in and within minutes you had taken up a steak knife from his kitchen, and you attacked him in the sitting room.

“There were no defensive injuries to him – it doesn’t seem he was able to resist your attack at all.

“There is no doubt at all – your intention was to kill and you left him there bleeding to death and then you set about covering up what you had done.”

Within minutes, Mason had rung his uncle Mark Mason, also of Plough Lane, Tibberton, and “plainly having discussed what had happened”, got his relative to pick him up from the nearby pub.

From there, the pair drove to lanes near a golf club and disposed of the knife and Mason’s clothing.

Mason then went on a pre-arranged holiday abroad, and was arrested off a flight at Birmingham Airport when he returned home.

He added it was an attack with an “extraordinary degree of violence”, carried out “on a disabled 80-year-old, in his own house, with his own knife”.

Turning to Mark Mason, who was convicted of assisting an offender at trial, the judge jailed him for two years.

He told the 56-year-old scaffolder: “You must have known when he rang you up what it was Adam Mason had done.”