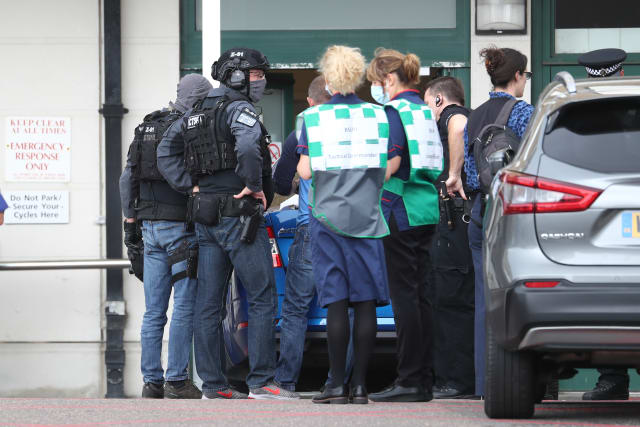 A 30-year-old man has appeared in court charged with attempted murder after a member of hospital staff was stabbed five times.

Unemployed Connolly Mellon, of Waterloo Street, Brighton, appeared at the city’s Magistrates’ Court in connection with the attack on George Joseph, 56, at the Royal Sussex County Hospital.

He spoke only to confirm his name, date of birth and address during the short hearing

The defendant, who remained in handcuffs and wore a grey sweatshirt during the hearing, entered no plea to the attempted murder charge and a second charge of possession of an offensive weapon in a public place.

The hospital was put in lockdown following the incident on Sunday morning, with searches by armed police of the premises concluded in the early afternoon.

Mr Joseph was treated for stab wounds and was later discharged from hospital.

Chairwoman of the magistrates Patricia Brockman remanded Mellon in custody to appear at Lewes Crown Court on August 17.

She told the defendant: “These matters will now go to the Crown Court at Lewes on 17th August. Until then you will be remanded in custody.”

The court heard that Mellon would be taken to prison before being transferred for detention in a hospital until the next court hearing.