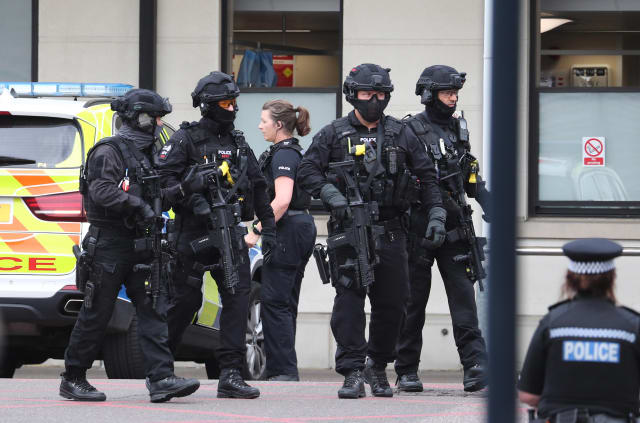 A 30-year-old man has been charged with attempted murder after a member of hospital staff was stabbed "several" times.

Connolly Mellon, of Wilson Avenue, Brighton, will appear at Brighton Magistrates' Court on Monday in connection with the attack at the Royal Sussex County Hospital.

The hospital was put in lockdown following the incident on Sunday morning, with searches by armed police of the premises concluded in the early afternoon.

The victim was treated for several stab wounds and he was later discharged from hospital.

A Sussex Police spokesman said: "Connolly Mellon, unemployed, 30, of Wilson Avenue, Brighton has been charged with the attempted murder of a 56-year-old man who is a member of staff, at the Royal Sussex County Hospital in Brighton on 19 July, and is due to appear in custody at Brighton Magistrates' Court on Monday (20 July).

"The victim was treated for several stab wounds and was discharged from hospital on Sunday evening."

Health Secretary Matt Hancock tweeted: "My thoughts go out to the staff member at the Royal Sussex County Hospital who was injured this morning.

"I will not accept violence against NHS staff – we will bring the full force of the law to bear on anyone who attacks public servants in their line of duty."

Unison union Central Sussex Hospitals branch secretary Mark Sargent said: "Our thoughts are with our injured colleague and his family.

"NHS workers who've been keeping people safe during the pandemic shouldn't have to face violence when they're doing their jobs. Security staff and police deserve huge credit for their timely and decisive action."