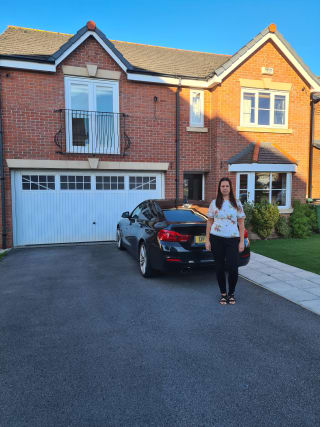 A report proposing sweeping reforms of the leasehold system has been welcomed by campaigners, who called on the Government to act swiftly to put the recommendations into action.

A string of changes to existing rules has been suggested by the Law Commission, aimed at making it easier for homeowners to buy their freehold or extend their lease, or to take control of the management of a block or estate.

“It is everything that we want it to be,” said Katie Kendrick, founder of the National Leasehold Campaign (NLC). “It is very leaseholder-friendly, which is what we wanted.

“My concern is we’ve had announcements as big as this in the past and if you asked me two years ago I would have been really excited about the announcement, but I think I’ve become a bit more cynical that these are just more proposals.”

Martin Boyd, chair of trustees at Leasehold Knowledge Partnership, believes the recommendations would be a big victory for leaseholders if they were put into action.

“There’s an awful lot of lobbying went in from the landlords because they make an awful lot of money out of leasehold, and the Law Commission has made it very clear it’s listened to their arguments and has in the main dismissed them.”

However, he shares Ms Kendrick’s worries that the recommendations may never be turned into legislation.

In a short statement accompanying the report, Luke Hall, minister for rough sleeping and housing, said it was “clear that the current system needs reform” and the Government would “carefully consider the Law Commission’s recommendations”.

Mr Boyd said: “That’s not really a commitment to implement it, is it?”

Among the issues faced by some leaseholders are spiralling ground rent costs which double every 10 years.

Leaseholders cannot buy their freehold in the first two years of their lease, and if they do subsequently attempt to buy it they must pay the freeholder’s legal costs as well as their own.

Ms Kendrick, the leaseholder of her home in Chester, said: “It’s the difference between owning your home and not.

“With leasehold you’re a long-term tenant for the duration of the lease and the lease has many restrictions that it enforces upon you. Many of them are in there just to create an income stream.”

The NLC wants leasehold scrapped and Ms Kendrick sees the recommendations as a step in the right direction.

“The Law Commission’s proposals on commonhold are really, really good and I do think, ultimately, it’s a sunset clause on leasehold being abolished,” she said.

But she added she was not confident the Government would act on the Law Commission’s reports.

“I’m kind of losing faith that any legislation is going to happen any time soon,” she said. “It has to be adopted and enforced by government and that can only happen through legislation that needs to come around promptly.

“We’ve been given empty promises for so many years now and we’re still no further forward.”