Former Tory MP weeps in court as he admits cheating on wife, but denies assault 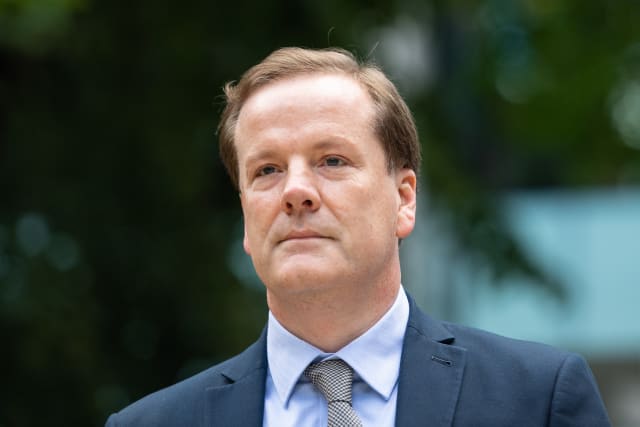 Former Conservative MP Charlie Elphicke broke down in court as he described being unfaithful to his wife, but denied sexually assaulting two other women.

Elphicke, MP for Dover between 2010 and 2019, said he tried to keep his affair with another woman secret from his wife because he did not think his marriage would survive.

The woman, who cannot be named for legal reasons, is not one of the complainants in the trial at Southwark Crown Court.

Elphicke’s voice cracked and he reached for a tissue as he took to the witness box to answer questions from defence counsel Ian Winter QC.

Elphicke told jurors he had a sexual relationship with another woman, from 2015, but had not told his wife, Natalie Elphicke, his successor as Dover MP.

He told jurors: “After I was suspended, there were a lot of rumours.

“She (Mrs Elphicke) challenged me about it.

“I basically denied it.”

He also admitted not telling the truth to police when they asked him about a parliamentary worker in her 20s he is accused of sexually assaulting in 2016.

Elphicke appeared to become emotional as he described how he kept his feelings for the woman from his wife.

He said: “I didn’t know how to explain it to Natalie – it was an emotional attachment (to the other woman).

“I think she would be very hurt and I didn’t want that.”

Elphicke said he did not tell the police in interview that he had feelings for the woman.

He said: “I thought that … I didn’t know how to tell Natalie I had developed an emotional attachment.

“I thought she would be very hurt … I had lost my head.

“I didn’t want to put my marriage in jeopardy, and it would – it would cause chaos.”

Elphicke said he initially kept the extent of his feelings for the complainant from police.

He told jurors: “I should not have lied to the police, I should have just fronted it up.

“I should have told the whole truth rather than half of the truth.”

The father-of-two is accused of groping a woman in her 30s before chasing her around his central London home chanting “I’m a naughty Tory” in 2007.

Elphicke told police he kissed the woman, who he said was feeding him chocolate and had become “tactile” in the moments before, but stopped as soon as she said it was not what she wanted.

He said the woman later accepted his apology and that he had been “under a misapprehension”.

The second complainant said Elphicke groped her breast in April 2016, and then ran his hand up her leg in a second incident the following month.

Elphicke, 49, said these incidents did not happen.