Ex-Tory MP weeps as he describes infidelity, but says he did not assault women 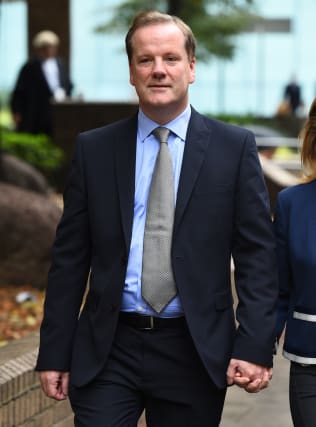 Former Conservative MP Charlie Elphicke broke down in court as he described being unfaithful to his wife and keeping it secret for years, but denied sexually assaulting two other women.

Elphicke said his marriage to Natalie Elphicke, his successor as Dover MP from 2019, “hangs by a thread” and that she only found out he had feelings for one complainant in March this year when she began looking at files related to the case.

Elphicke’s voice cracked repeatedly when he described how he was “embarrassed” about his texts to the woman, a parliamentary worker more than two decades his junior who he had “propositioned”, telling jurors at Southwark Crown Court: “I lost my head.”

He said: “I didn’t know how to tell Natalie I had developed an emotional attachment.

“I thought she would be very hurt … I lost my head.

“I didn’t want to put my marriage in jeopardy, and it would – it would cause chaos.”

Elphicke told jurors he had a sexual relationship with a woman, from 2015, but had not told his wife.

She is not a complainant in the case, but cannot be identified for legal reasons.

He told jurors: “After I was suspended, there were a lot of rumours.

“She (Mrs Elphicke) challenged me about it.

“I basically denied it.”

Elphicke said he also initially lied to police about the extent of his feelings for the second complainant.

It was only when his wife, a trained solicitor, went through material in the case in March this year that the truth became clear to her, the court heard.

Elphicke said: “She (Mrs Elphicke) became very cross with me because she thought I had an affair (with the parliamentary worker).

“She said she thought I had an affair and she had it out with me.

“I said I had not had an affair but I propositioned (the second complainant).

“She (Mrs Elphicke) was very upset.

“It was very, very difficult.”

Elphicke broke down as he described the status of his marriage.

He said: “She (Mrs Elphicke) comes into court with me every day.

“She’s supporting me throughout proceedings.

“But things are not good.

“It hangs by a thread.

“She’s most upset that I didn’t tell her at the outset.”

He added: “I’ve made a complete mess of everything.

“I should not have lied to the police, I should have just fronted it up.

“I should have told the whole truth rather than half of the truth.”

The father-of-two is also accused of groping the first complainant, a woman in her 30s, before chasing her around his central London home chanting “I’m a naughty Tory” in 2007.

Elphicke told police he kissed the woman, who he said was feeding him chocolate and had become “tactile” in the moments before, but stopped as soon as she said it was not what she wanted.

He told jurors: “In a moment of extreme stupidity I forgot who I was… I forgot where I was.

“And she kissed me back.”

The second complainant said Elphicke groped her breast in April 2016, and then ran his hand up her leg in a second incident the following month.