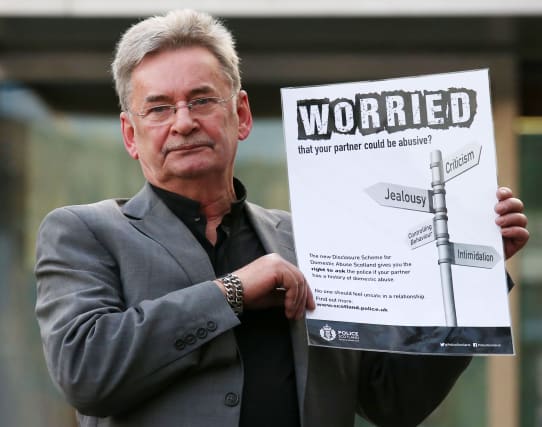 A man who successfully campaigned for a woman’s “right to know” after his daughter was murdered by an ex-partner with a violent past has died.

Michael Brown, 76, died at the Royal Hallamshire Hospital in Sheffield on Saturday, with his family at his bedside, following a short illness.

Mr Brown, a former prison officer, originally from Aberdeen, campaigned for the introduction of “Clare’s Law” named after his daughter, Clare Wood, which allows people to find out if their partner has a history of domestic violence.

Mother-of-one Miss Wood, 36, was murdered by her ex-boyfriend, George Appleton, in 2009.

After lobbying politicians and the media, Mr Brown said he was “quietly delighted” about Clare’s Law, or the Domestic Violence Disclosure Scheme (DVDS) coming into force in England and Wales in March 2014.

The scheme enables victims and potential victims to obtain information about a partner’s previous conviction, enabling them to make an informed decision as to whether to remain in the relationship.

“He didn’t want anyone else to suffer the same fate she did and always said if he could save just one person from a life of domestic abuse then his campaigning had been worth it.”

Clare’s Law came into force in England in 2014, Scotland in 2016 and Northern Ireland in 2018. It is also being trialled in Australia, Australia and Canada.

Ms Wood was killed by a man who became known as the “Facebook fugitive”.

In the days after her murder, detectives issued a warning that her ex-boyfriend might attempt to communicate with other women via the internet.

Unbeknown to Miss Wood, Appleton, from Salford, had a history of violence towards women.

He was found six days after her murder, hanged in a derelict pub.

Miss Wood’s family’s campaign was also taken up at the time by Salford and Eccles Labour MP Hazel Blears and backed by police and then-home secretary Theresa May, who agreed to run the pilot.