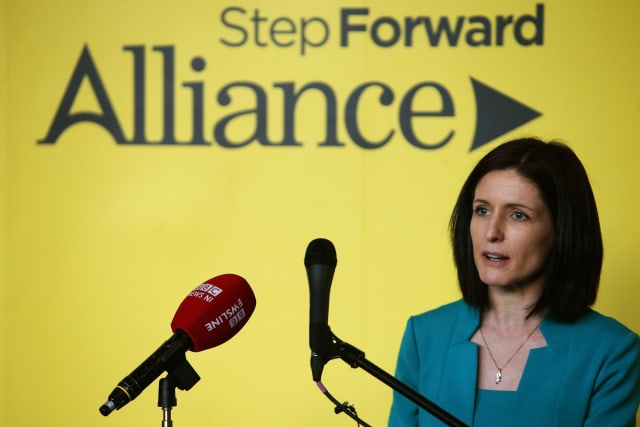 The Alliance Party’s health spokeswoman has said she will not proceed with a foreign holiday if Stormont guidance continues to advise against non-essential travel.

Earlier on Monday, Paula Bradshaw, who sits on the Assembly’s health committee, said she intended to go ahead with a family trip to Italy this weekend.

But hours later the South Belfast MLA issued another statement saying she would not now take the break if the current guidelines remain in place.

The Executive’s coronavirus guidance is not to travel abroad unless it is essential.

“Like many people, I have a holiday booked – in my case to Italy,” said Mrs Bradshaw.

“I should be clear when I said I would operate within the guidance; that obviously includes not travelling if the regulations and guidance at the time state I should not do so. That is currently the case.

“It is important everyone, particularly in representative roles, adheres both to the spirit and letter of that guidance.”

Mrs Bradshaw has a pre-booked holiday at an all-inclusive hotel in Italy.

When asked about the trip on Monday morning, she said she intended to proceed with it, having weighed up the Stormont guidance in place.

At that point, she insisted she was not breaking any laws or being disrespectful to anyone who was working to suppress the virus in Northern Ireland.

“I’m not breaking any laws,” she initially said on Monday morning.

“The guidance is there around all of those measures and we as a family have weighed it up.

“I am not breaking any law and I’m not trying to be disrespectful of the work of anybody during this pandemic to keep it under control.

“In many ways I’ve tried to play an active part, so we’re just going to proceed on that basis.”

Ms Bradshaw, who is also Assembly private secretary to her party leader, Stormont justice minister Naomi Long, told BBC Radio Ulster’s Nolan Show: “A lot of people are going on holidays, a lot of people will be doing the same as we’re doing, so that’s where we’re at.”

She added: “I just felt we’ve spent so much time in lockdown, we’re going to an all-inclusive resort, we will be respectful when we get there and we’ll just spend some peaceful time as a family.”