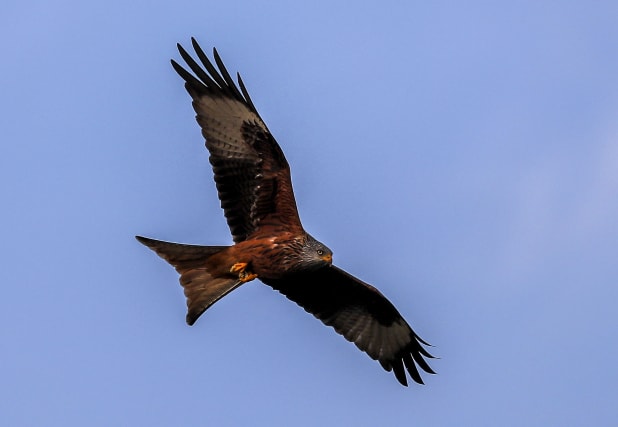 The return of red kites has been hailed as a "triumphant comeback" 30 years on from the start of the scheme to reintroduce the bird to England's skies.

In what environmental experts say may be the biggest species success story in UK conservation history, the once-vanished bird is now soaring over countryside, gardens and towns across swathes of England.

In three decades, the species has gone from a small number of breeding pairs in Wales, to thousands of birds across the UK, thanks to a reintroduction scheme seen as "radical" at the time, conservationists said.

Red kites, a large bird of prey that largely feeds on carrion and worms and cuts a distinctive silhouette with wing tips that look like splayed fingers and a forked tail, were common city scavengers in medieval London.

Shakespeare writes of a "city of kites and crows" in his play Coriolanus, while their reputation for stealing laundry hung out to dry for their nests gets mentioned in The Winter's Tale.

But the birds' fortunes declined in the face of persecution and also egg collecting, and by the 20th century they were extinct in both England and Scotland. 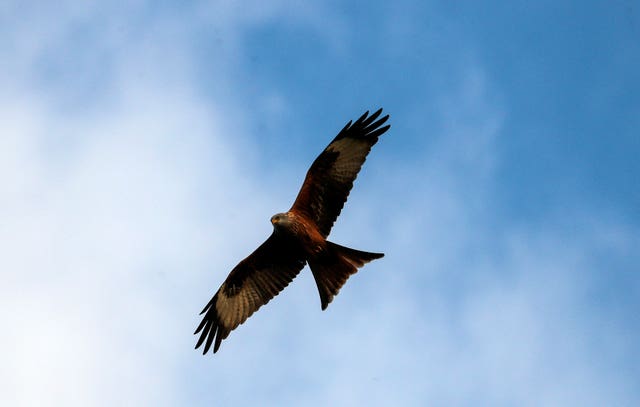 While a small population hung on in Wales, it was not big or healthy enough to recolonise the rest of Britain, even once the species was protected.

So to return them to England, 13 young red kites were brought from Spain and released in the Chilterns Area of Outstanding Natural Beauty, in an area on the border of Buckinghamshire and Oxfordshire, in July 1990.

A scheme had also started in Scotland and further reintroductions followed in both countries, with the first birds successfully breeding in 1992, and by 1996, at least 37 pairs had bred in southern England.

Across the UK, there are now thousands of breeding pairs, according to the RSPB.

Natural England chairman Tony Juniper said: "Red kites are one of our most majestic birds of prey with a beautiful plumage, and are easily recognisable thanks to their soaring flight and mewing call.

"Persecuted to near-extinction, they have made a triumphant comeback in England over the past three decades.

"Thanks to this pioneering reintroduction programme in the Chilterns, increased legal protection and collaboration amongst partners, the red kite stands out as a true conservation success story. "

Jeff Knott, RSPB operations director for Central and Eastern England said: "In the 1980s, anyone wanting to see a red kite had to make a special pilgrimage to a handful of sites.

"Today it is a daily sight for millions of people. In a few short decades we have taken a species from the brink of extinction, to the UK being home to almost 10% of the entire world population.

"It might be the biggest species success story in UK conservation history."

Danny Heptinstall, senior International biodiversity adviser at the JNCC, added: "Thirty years ago the reintroduction of a lost species was a radical act.

"Thanks to pioneering projects like the Chiltern red kites, it is now a standard tool in the nature conservation toolkit.

The red kites are a common sight in the Chilterns, but are also now seen across the South East, Yorkshire and the Midlands, and even over urban London, making the capital once again a city of kites and crows.