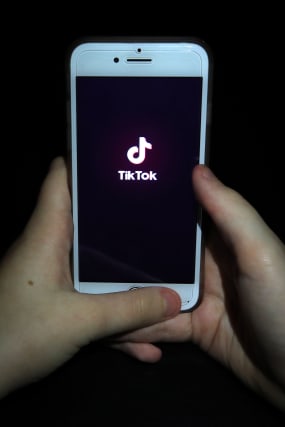 TikTok’s parent company ByteDance has been in discussions with officials from the Department for International Trade and No 10 to establish a worldwide base in Britain, creating 3,000 jobs.

However The Sunday Times reported ByteDance has made the decision to suspended those negotiations due to the “wider geopolitical context”.

It comes amid increasing tensions between London and Beijing, stemming from the UK Government’s criticism of the Hong Kong security law and the recent decision to ban Huawei from the country’s 5G network.

An unnamed source reportedly told the paper that the plans could be revived should relations between China and the UK improve, however they added a decision would not be coming “any time soon”.

A statement from TikTok issued to the paper said: “We remain fully committed to investing in London and inspiring creativity and bringing joy to our users around the world.”

Meanwhile a Government spokesperson told the PA news agency: “ByteDance’s decision on the location of their global HQ is a commercial decision for the company.

“The UK is a fair and open market for investment where it supports UK growth and jobs.”