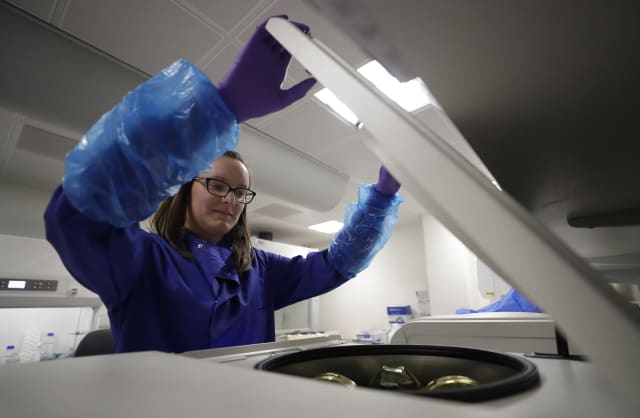 Russia’s ambassador to the UK has rejected claims that his country’s intelligence services tried to steal details of research into coronavirus vaccines.

Andrei Kelin said there was “no sense” in the allegations made by Britain, the United States and Canada.

The three Western allies claimed on Thursday that a group of hackers, known as the Dukes or Cozy Bear – with links to Russian intelligence, had targeted research bodies around the world – including in the UK.

The documents – relating to US-UK trade talks – were picked up by then Labour leader Jeremy Corbyn who said they were evidence the Conservatives were preparing to open up the NHS to US pharmaceutical companies.

However in an interview with BBC1’s The Andrew Marr show, to be screened on Sunday, Mr Kelin his country had no interest in interfering in British domestic politics.

“I do not see any point in using this subject as a matter of interference,” he said.

“We do not interfere at all. We do not see any point in interference because for us, whether it will be (the) Conservative Party or Labour’s party at the head of this country, we will try to settle relations and to establish better relations than now.”

Asked about the alleged attempts to steal details of coronavirus research, Mr Kelin said: “I don’t believe in this story at all, there is no sense in it.”

He added “I learned about their (the hackers) existence from British media. In this world, to attribute any kind of computer hackers to any country, it is impossible.”

The row blew up just days before the newly formed parliamentary Intelligence and Security Committee prepares to release the long-awaited report into Russian interference in UK politics drawn up by its predecessor committee in the last parliament.

Mr Corbyn accused Mr Raab of seeking to deflect attention onto Labour ahead of the reports release.

Mr Kelin said Russia was not “accusing the United Kingdom as a state” of being involved in the attacks, but did not give further details as to their nature.