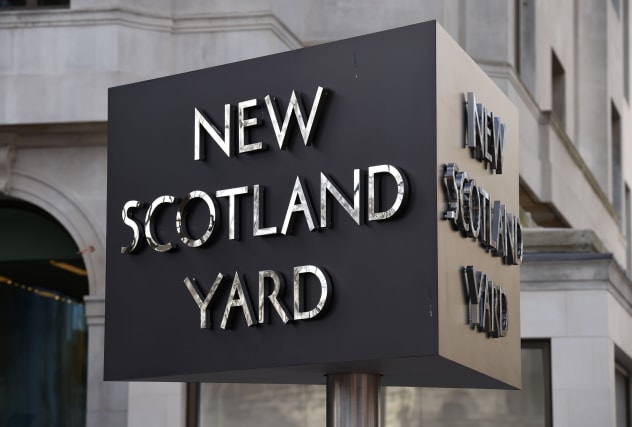 Scotland Yard has released body cam footage of a police operation to disrupt an unlicensed music event on Friday in which two officers were injured.

Metropolitan Police said residents living near the Woodberry Down Estate in Finsbury Park alerted officers to the event from 11pm on Friday night.

A dispersal zone was set up and trained public order officers entered the estate to try to disperse the group, but the Met said they were met with "hostility and violence" and two officers were injured after items including canisters, bottles and a bicycle were hurled at them.

One was taken to hospital with bruising to his ribs and has since been discharged, and the other suffered a leg injury but was able complete the remainder of his duty.

The newly released footage shows officers being pelted with objects as they move in to disperse the gathered crowd.

In a statement, Deputy Assistant Commissioner Lucy D'Orsi said police received "upwards of 30 calls" about the event from concerned residents asking for help.

"These residents were scared to leave their homes and scared about what they would face outside their front doors in the morning," she said.

"It is always an anxious moment for us as we deploy our officers into such situations but I draw confidence from my knowledge of the outstanding training they receive."

Ms D'Orsi added she wanted to share the footage in order to give people a glimpse into what officers experience in dealing with these situations.

She said: "I wanted to share with you the footage from a colleague's body worn camera which shows what they faced upon arrival, and I ask the question 'could you or would you want to do their job?'"

Unlicensed music events have become a regular issue for police across England ever since lockdown restrictions were eased.

"These raves pose significant risks as previous events have demonstrated and we're committed to working with our partners to prevent further raves from taking place.

"These events are unacceptable, they put lives at risk and they will not be tolerated."