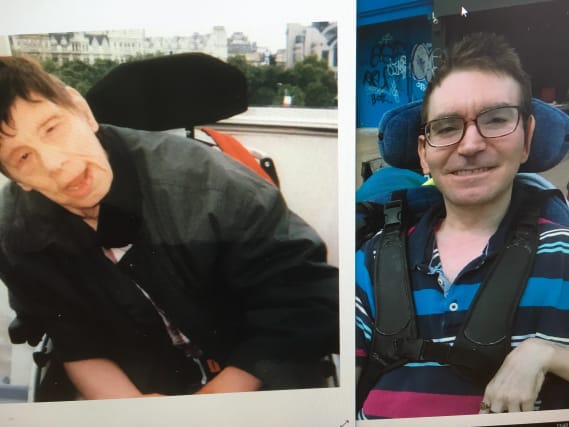 The families of two disabled care home residents who were seriously injured in unexplained circumstances have launched a legal campaign for justice.

Matthew Bates and Gary Lewis were both taken to hospital with broken legs in 2015 while living at Beech Lodge in Horsham, West Sussex.

Their relatives are trying to raise £10,000 to pay lawyers to review evidence ahead of a possible private prosecution.

They claim the information reveals “gross failure and misconduct” by authorities including West Sussex County Council and Sussex Police.

Mr Lewis, who was 63 at the time and died earlier this year, and Mr Bates, then 30, both had cerebral palsy, were unable to walk or talk since birth and were totally reliant on others for care.

A safeguarding review published in 2018 found the pair may have been “deliberately hurt” and a “cover-up” could not be ruled out.

According to the findings, there was an eight-day delay in informing police of the incidents and a man believed to be a member of agency staff, who tended to one of the residents around the time of the injuries, turned out to have a “bogus identity” and was never tracked down.

Sussex Health Care, which runs Beech Lodge, is at the centre of a separate police investigation into nine homes after 13 residents died.

But the cases of Mr Bates and Mr Lewis have not formed part of this inquiry.

“Five years on we’ve been left in limbo and have been continually met with a wall of silence,” he added.

Gary’s brother, Martyn Lewis, said: “Neither Gary nor Matthew could scream, run away or tell of what happened. Nobody has ever been held responsible for the injuries or how they were caused or come forward.”

In a statement, the pair said: “We allege possible assault or at the very least negligence, misfeasance in public office and a violation of the men’s human rights, plus a comprehensive failure to discover what really happened.”

Clive Driscoll, the retired Metropolitan Police detective who helped bring two of Stephen Lawrence’s killers to justice, has thrown his support behind the campaign and previously called on police to re-open the investigation.

Mr Bates and Mr Lewis have also spearheaded a campaign group – Harmed in Adult Care Alliance – so families could unite in fighting for better adult care.

Sussex Police said there was insufficient evidence for a criminal prosecution and the investigation was now closed, but any new information which could lead to new lines of inquiry would be followed up.

Last year, the Local Government Ombudsman told the council to apologise to Mr Lewis after he complained about its handling of the case and how the relatives had been treated.

Sussex Health Care previously apologised after the findings of the safeguarding review and said it co-operated with investigations into the incidents.

To support the campaign visit https://www.crowdjustice.com/case/adult-care-injustice/

Trump escorted from briefing after shooting near White House