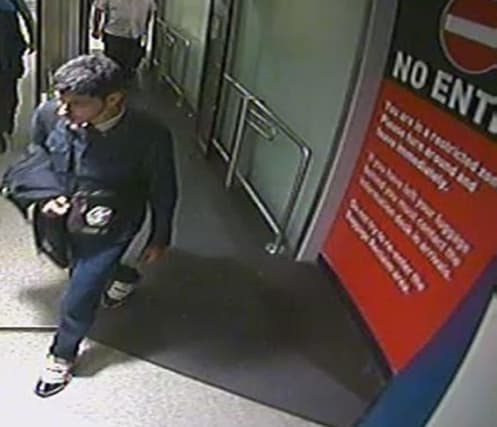 Manchester Arena suicide bomber Salman Abedi was identified as acting suspiciously by a member of the public before he detonated his device, it has emerged.

A member of the public had “expressed” suspicions about Abedi, who was carrying a large rucksack on his back and spent an hour hanging around the City Room, the foyer of the Arena venue, before detonating his device as crowds began leaving an Ariana Grande concert.

A total of 600 adults and 340 children were injured in the blast.

Kyle Lawler, at the time an 18-year-old employee of Showsec, providing security and stewarding for the Arena, saw Abedi in the City Room after suspicions were raised, it emerged in a ruling by Sir John Saunders, chairman of the Manchester Arena Public Inquiry.

Sir John’s written ruling said Mr Lawler should be granted “core participant” status in the forthcoming inquiry and therefore be represented by lawyers, as he “may be subject to explicit or significant criticism during the inquiry proceedings or in the report, or in any interim report”.

Mr Lawler’s lawyers made the application to represent him at the public inquiry at a preliminary hearing on Monday and Sir John’s ruling was published on Friday.

In it the chairman said: “Kyle Lawler was working in the City Room area. The written evidence suggests that he saw Salman Abedi on the night of the attack, before he detonated the bomb, after suspicions about him had been expressed by a member of the public.

“In an experts’ report commissioned by me on security arrangements at the Arena on the night of the bombing, concerns have been raised as to whether Kyle Lawler should have taken more action to draw attention to Salman Abedi’s presence and the fact that it was suspicious.

“Kyle Lawler has made statements relating to what happened on the night and is due to give evidence to the Inquiry.

“I emphasise that my conclusion is only that Mr Lawler may have played a significant role or may be subject to explicit or significant criticism.

“I am not saying that that will be my ultimate finding, which will depend on the evidence that I hear.”

Manchester-born Salman Abedi, 22, whose parents are Libyan, had planned the attack for months along with his brother Hashem.

Hashem, 23, was convicted in March of 22 counts of murder following an Old Bailey trial. He will be sentenced next month.

The Manchester Arena Public Inquiry is scheduled to start in September.