Sun sets on ‘Queen Of The Skies’ 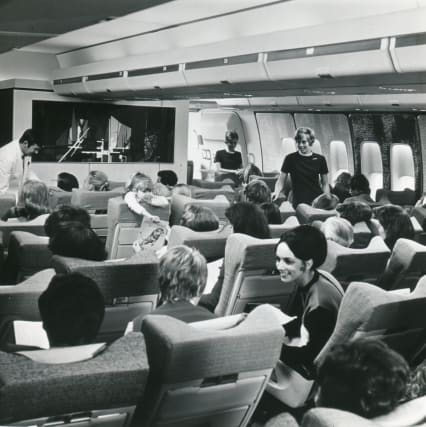 Boeing 747s have given more than half a century of service to the aviation industry but their time in the skies is coming to an end.

Just 30 of the jumbo jets are in passenger service around the world with a further 132 in storage, according to aviation data firm Cirium.

Launched in 1969, the hump-shaped planes were considerably larger than existing airliners, with a capacity of around 550 passengers.

The aircraft also provided luxury, with several airlines using the upper deck as a lounge.

They were known by British Airways as The Queen Of The Skies.

Aviation consultant John Strickland said: “The economics of this larger plane meant it was possible to offer lower fares to customers.

“It really expanded the ability of the general public worldwide to travel.”

More than 1,500 have been produced by Boeing, and it has historically been a commercial success for the manufacturer and the airlines.

But Bloomberg reported earlier this month that, after more than 50 years of service, Boeing plans to end production of the jumbo jets in around two years due to airlines turning to smaller planes that burn less fuel for long-haul flights.

The US’s presidential aircraft fleet includes two identical jets which are modified versions of the 747.

The planes, known as Air Force One when the president is flying on them, are being replaced by two new aircraft, which will also be variants of the jumbo jet.