Starmer: Where was money for social care in next stage of easing lockdown? 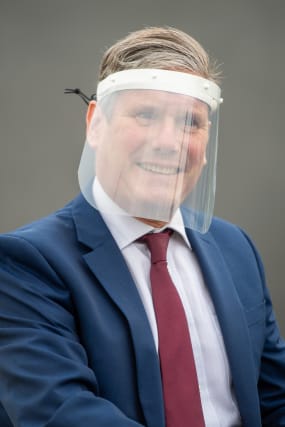 Sir Keir Starmer has criticised the Prime Minister for missing social care funding out of his investment plan for the next stage of lockdown.

After the Government announced major lockdown relaxations on Friday, the Labour leader also urged Boris Johnson to “be honest” about mistakes made during the pandemic.

The Government also announced an extra £3 billion in funding for the NHS to prepare for a possible second wave of the virus.

Reacting to the announcement, Sir Keir said: “What I didn’t hear from the Prime Minister this morning was any extra funding for social care.

“And what we can’t afford to do again is leave social care out of the priorities as we move into the autumn and winter.

“So where was the money for social care?”

Asked if he thought the Government’s roadmap out of lockdown is credible, Sir Keir said the Labour Party will be “looking into the details” before commenting.

“This can’t be done on a wing and a prayer, it requires a credible plan, and national leadership,” he said.

“It’s very important that the public know that the Government’s expert advisers support the measures, so we do need to hear that, to ensure that there’s confidence.”

Sir Keir added that track, trace and isolate, and local lockdowns would be “crucial measures” to ensure a return to normality is done safely.

He said: “Mayors across the country, local authority leaders across the country are saying what we need is the data so we know precisely what’s going on on a day-to-day basis, on a street-by-street basis, and we need the power to take action rapidly.”

Earlier this month, the PM told the Commons that “too many” care homes had not properly followed procedures, implying that they were to blame for deaths.

Sir Keir said: “The Prime Minister was completely wrong to try and shift the blame to others, particularly in the care sector who, on the front line, have been doing everything they can in difficult circumstances.”

He added: “Let’s be honest about mistakes, let’s set out what they were and make sure they’re not repeated.”