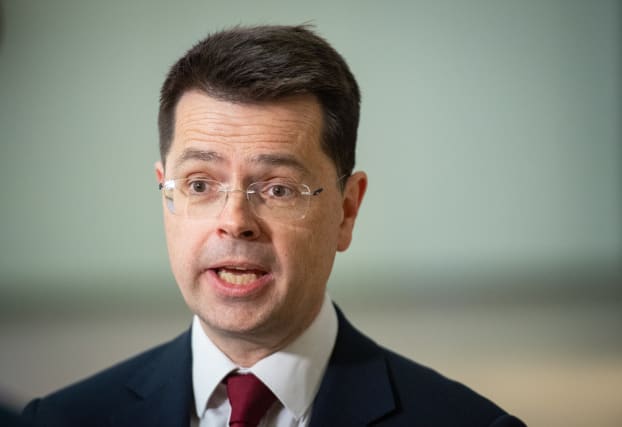 Britain is 95% certain that cyber attacks against labs developing a Covid-19 vaccine were carried out by the Russian state, Security Minister James Brokenshire has said.

The minister said that is the assessment of the National Cyber Security Centre.

Mr Brokenshire also tried to play down talk of confusion over whether or not people should continue to work from home.

Speaking to the BBC, Mr Brokenshire said the cyber attacks were carried out “with the intent of extracting intellectual property and information”.

He said: “This is incredibly serious, it is appalling that any government should act in this way and that’s why we have called this out.”

Referring to the National Cyber Security Centre, he said: “Their attribution is about 95%-plus in terms of who is responsible.”

Mr Brokenshire was speaking after Britain, the United States and Canada accused Russian spies of targeting scientists seeking to develop a coronavirus vaccine.

The three allies said hackers linked to Russian intelligence were seeking to steal the secrets of research bodies around the world, including in the UK.

Mr Brokenshire refused to comment on whether the attacks have been effectively halted, saying only: “This is an ongoing incident, which is why we have put this alert out there, why there is mitigation that has been put in place.”

The comments came as Mr Brokenshire said it is up to employers to decide with employees whether people should work from home.

Mr Brokenshire said: “The advice actually says that employers should decide in consultation with their employees whether it’s viable for them to continue working from home.

“But, if they do (return to the workplace), then obviously this needs to be based on risk assessment, public health guidance, and ensuring that it’s a Covid-safe space for them to do so.”

Pressed on whether people should return to workplaces if they can, Mr Brokenshire said: “It’s for employers to make that assessment.”

The minister insisted there is “no evidence” that Russia has succeeded in stealing any information from pharmaceutical companies developing a Covid-19 vaccine in a series of co-ordinated cyber attacks.

He said: “Obviously, we know these groups have been able to penetrate systems and to look around and assess what information is there.”

He added that a separate allegation of Russian interference with the December general election was not being attributed to the Russian state.

Mr Brokenshire said there is an “ongoing criminal investigation” into how a document relating to a planned UK-US trade deal had been obtained and leaked online.