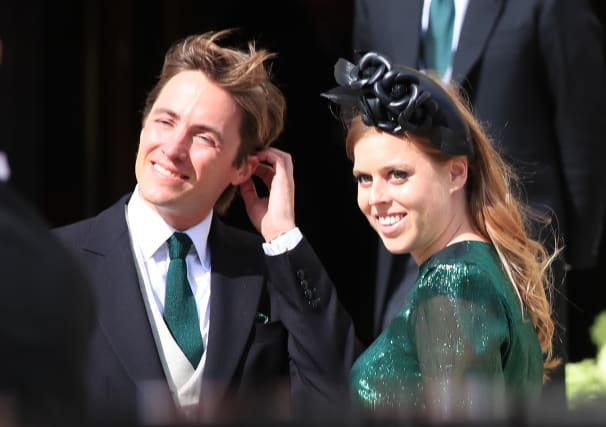 Beatrice and Mr Mapelli Mozzi had planned to wed on May 29 in the Chapel Royal at St James’s Palace but the ceremony was postponed due to the Covid-19 outbreak.

In an unusual move, the wedding was not announced in advance and pictures were not immediately released of the ceremony, which was also attended by the Duke of Edinburgh and the bride’s parents the Duke of York and Sarah, Duchess of York.

The palace said in a statement: “The private wedding ceremony of Princess Beatrice and Mr Edoardo Mapelli Mozzi took place at 11am on Friday 17th July at The Royal Chapel of All Saints at Royal Lodge, Windsor.

“The small ceremony was attended by The Queen, The Duke of Edinburgh and close family. The wedding took place in accordance with all relevant Government Guidelines.”

Mr Mapelli Mozzi – a millionaire property tycoon, known as Edo – and Beatrice began dating in autumn 2018, and were soon being tipped to walk up the aisle.

The princess, who split from her long-term love Dave Clark in 2016 after 10 years together, got engaged during a weekend trip to Italy following the whirlwind romance.

Their families have known one another for many years and the couple are said to have started a relationship after meeting again at Beatrice’s sister Princess Eugenie’s wedding.