Non-essential use of public transport allowed in England 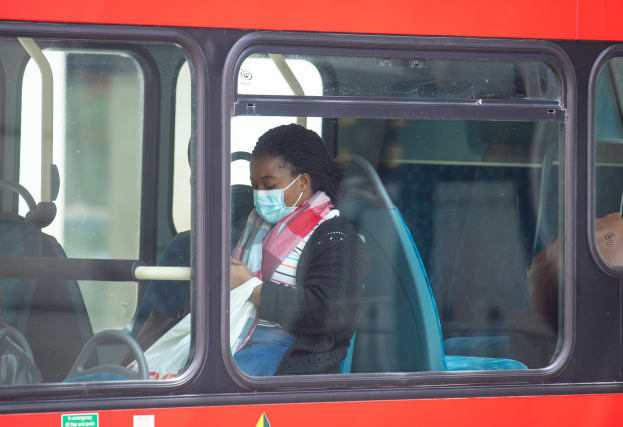 People in England are no longer being urged to avoid non-essential use of public transport, following pressure from operators.

Boris Johnson said the Government was scrapping the guidance as part of the easing of lockdown restrictions, “to give people hope”.

He said: “In England from today we are making clear that anybody may use public transport, while of course encouraging people to consider alternative means of transport where they are available.”

The Department for Transport previously told people to “stay off public transport if they can” due to the coronavirus pandemic.

Rail and bus operators FirstGroup and Go-Ahead recently called on the Government to change its policy.

Department for Transport figures show that public transport use is much lower than normal.

Compared with pre-lockdown levels, train use is at 18%, bus use outside London is at 31% and London Underground use is at 21%.

By contrast, motor traffic has returned to 84% of normal levels.

Anthony Smith, chief executive of passenger watchdog Transport Focus, said the decision to stop telling people to avoid public transport is “good news for people who want to catch a bus, train or tram in England”.

He went on: “As the economy reopens and people start thinking about travelling again, it is important to be clear that you can now use public transport even if you have an alternative.

“However, big hurdles remain before there is a mass return to office working as our research shows.

“People have got used to working from home, still have concerns about safety and the price might still put them off.”

Robert Nisbet, director of nations and regions at industry body the Rail Delivery Group, said: “The railway is vital to economic recovery, and train companies will play their part by helping people travel safely.

“As part of our safer travel pledge we are adding more trains, improving journey information and boosting cleaning, while asking passengers to travel at quieter times and wear a face covering.”

Mick Lynch, senior assistant general secretary of the Rail, Maritime and Transport union, claimed the Government’s response has been “mired in chaos, confusion and mixed messaging”.

He added: “We are seeking urgent talks with transport ministers to stress it is vital for the protection of jobs, the economy and our climate that any increase in public transport use must be both safe, sustainable and underpinned by a coherent national plan.”