Nicola Sturgeon ready to ‘have my say’ at Alex Salmond inquiry 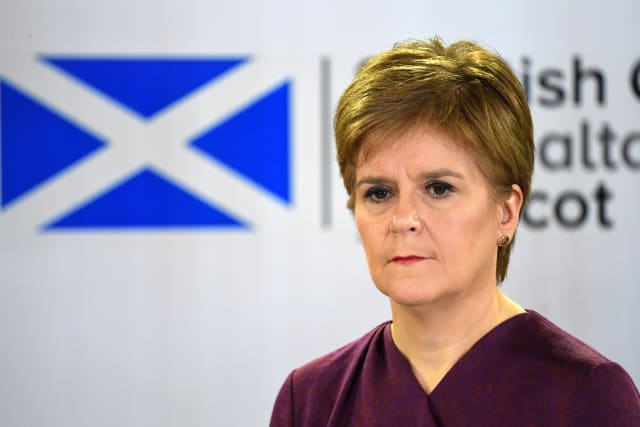 Nicola Sturgeon has said she will feel a “sense of relief” when she finally gets to speak about the breakdown in her relationship with Alex Salmond.

A rift developed between Scotland’s current First Minister and her predecessor amid allegations of sexual harassment made against him.

Former SNP leader Mr Salmond took the Scottish Government to court over the way it dealt with the allegations, and the Court of Session ruled in January 2019 its actions had been “unlawful”

Mr Salmond was cleared of all criminal charges against him in a High Court case earlier this year.

Both he and Ms Sturgeon will give evidence to an upcoming Holyrood committee set up to examine how the Scottish Government handled the initial harassment claims.

Ms Sturgeon, who served as Mr Salmond’s deputy for seven years, likened the breakdown in their relationship to the grieving process.

Speaking on the The Ladder programme on Times Radio, she said: “It’s been personally difficult. I suppose I would just reference or say to people, imagine how it would feel, you know, for any reason and whatever the circumstances if somebody that has been one of the biggest presences in your life, outside my own family, my husband, probably the most significant adult in my life for all of my adult life, and just imagine that and then imagine that they’re not in that role anymore. And it’s difficult.

“While I wouldn’t say I relish that prospect at all, there will to some extent be a sense of relief at just being able to have my say and put my side across and then let people make up their own minds.”

Speaking about the change in relationship with the man who was her mentor, she added: “There is a sense of something that I suppose is not a million miles from a grieving process, but you know, we all go through difficult things and we have to cope with them.”

She went on to say she believes Scotland will become independent “sooner rather than later”, adding that will see the country become “an equal partner” with the rest of the UK.