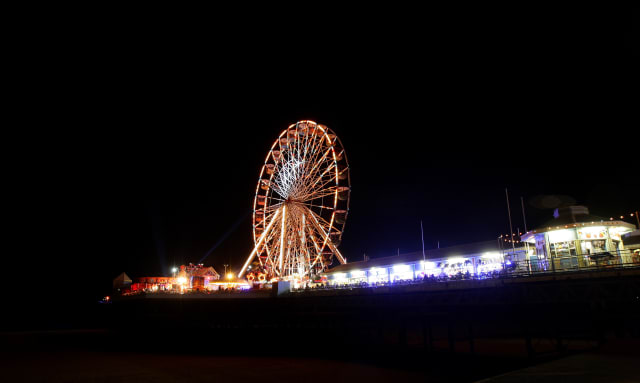 A blaze has been extinguished after it erupted on Blackpool’s central pier, Lancashire Fire and Rescue Service said.

There were 10 fire engines used in responding to the fire.

Incident commander Mark Winder said in a video tweeted by the service that crews were called just after 3am.

He said: “The fire involved a workshop and a ride that are approximately halfway along the central pier.

“Fortunately early firefighter action has extinguished the fire to the extent there is no visible flame.”

An investigation was being conducted into the fire’s cause, he added.

He advised some nearby roads are currently closed and will remain so “for one to two hours”.