Tot falls from fourth-floor ledge, into the arms of a neighbour 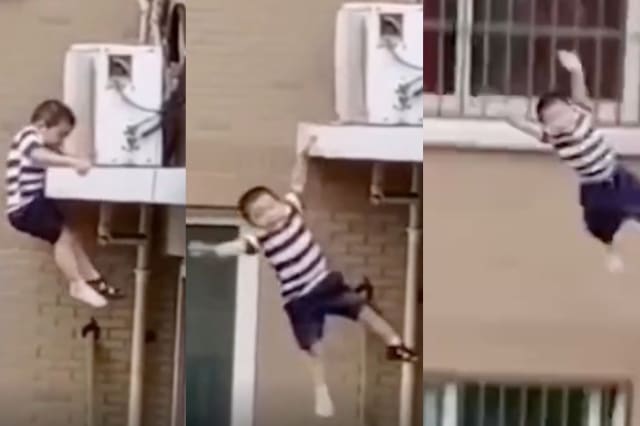 A man caught a two-year-old boy falling from the fourth floor of a residential building in eastern China.

In the terrifying video, filmed in the city of Huai'an in Jiangsu Province, the toddler seen clinging on the fourth-floor aircon ledge suddenly falls.

According to reports, the boy locked his grandmother outside the flat and climbed out of the window. A neighbour spotted him and called the police.

Concerned residents put duvets on a canopy under the building to catch the boy in case he fell. A man named Li Dehai stood on a chair and stretched his hands out to be ready to catch the boy.

Thanks to Li's catch, the youngster was found not to be injured after being checked in hospital.