The fight here ends with me: Stephen Lawrence’s brother urges action over racism 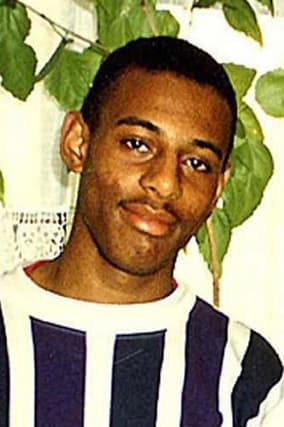 The brother of Stephen Lawrence has said the “fight” against racism in the UK should end with the current generation and that “we’ve got to stop the lip service”.

Speaking as part of an ITV panel discussing racism in the UK since the death of his brother in 1993, Stuart Lawrence said action was needed to make change happen.

His brother Stephen was murdered in a racially motivated attack while waiting for a bus in Well Hall Road, Eltham, south-east London.

Mr Lawrence said: “We haven’t moved forward enough, we’re not represented enough, that top table in the Cabinet, there’s no one that looks like me there.

“So therefore how am I going to feel like things are going to change if when I look there, there is no representation of myself.

“And it’s those sorts of things we need to make sure happens.”

He added: “This fight here ends with me, with the adults in this room and how we can make sure change really happens.

A poll for the ITV programme, Stephen Lawrence: Has Britain Changed?, found 77% of black people said they had experienced racial abuse in person.

The survey, which asked the opinions of 3,065 UK adults, of whom 405 were black, also discovered 80% of black people had been asked “where they are really from”.

Former England and Liverpool footballer John Barnes, who was also part of the panel, said: “There are no laws that can be passed to make people not be racist.

“For hundreds of years we’ve passed laws from the civil rights movement to, in the 70s, to affirmative action and positive discrimination, nothing has been changed.

“We have to change the perception of what a black man is morally and intellectually.

“What we can do is elevate people like me, people like (Barack) Obama, we can elevate them out of blackness to then say that, ‘look, black people have got on’ and that’s what we’re trying to do.

“We’re trying to get black people in positions of power and saying we have now advanced, but how do we view the average black man in Brixton?

“That’s what we have to change.”

Also discussed was the effect the Black Lives Matter movement has had on changing attitudes to racism.

“Black Lives Matter has the challenge of making sure its message isn’t hijacked.

“When Black Lives Matter talks about those things, it’s effective, it’s right, but when it has an exclusive conversation that excludes people, when it uses words like white privilege.”

The crippling effect of coronavirus within communities