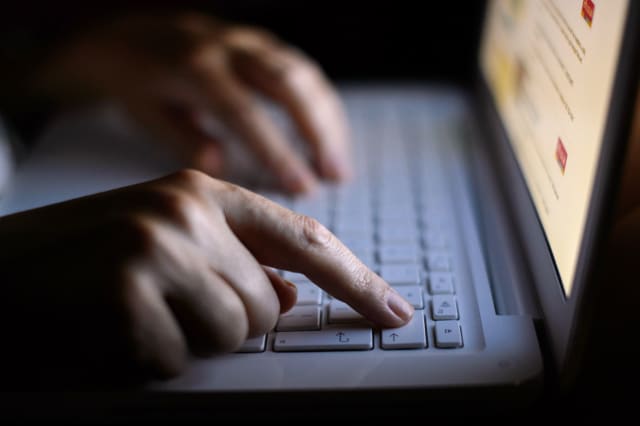 The revelations from the National Cyber Security Centre (NCSC) that Russian-backed hackers targeted UK researchers working on a coronavirus vaccine is the latest instance of Russia being linked to cyber attacks.

Here is a look at some of the major cyber attacks the country has been accused of orchestrating in recent years.

In the run-up to the 2016 US presidential election, the Democratic National Committee was the subject of a cyber attack which saw hacked emails published linked to Democratic candidate Hillary Clinton.

US intelligence officials would later determine that the hack was carried out by Russia as a means of interfering in the election with the aim of aiding the campaign of Donald Trump.

In September 2016, The World Anti-Doping Agency (WADA) revealed it had been the subject of a cyber attack, where hackers accessed the personal information of athletes.

Russian cyber espionage group Tsar Team (APT28), also known as Fancy Bears, is said to have accessed information concerning substances for which athletes have sought and received therapeutic use exemption.

The attack targeted high-profile athletes including Serena Williams and Simone Biles, and was said to be an attempt to smear “clean” athletes in the wake of the McLaren Report, a damning investigation into Russian state-sponsored doping in sport.

In June 2017, businesses and infrastructure across around the world, but predominantly Ukraine, were hit by a malware attack known as NotPetya.

The ransomware infected and encrypted computer files, locking out users and preventing computers from booting.

It crippled banks, airports, transport systems, power grids and energy companies, with both the UK and US blaming Russia and its military for carrying out the attack as tensions continued between Russia and Ukraine following the former’s annexation of Crimea in 2014.

– 2018 – Organisation for the Prohibition of Chemical Weapons

In October 2018, it was revealed a joint operation by UK and Dutch authorities had thwarted four Russian nationals who were caught attempting to hack into the chemical weapons watchdog investigating the Salisbury nerve agent attack.

The four men were expelled from the Netherlands after being found outside the headquarters of the Organisation for the Prohibition of Chemical Weapons (OPCW) in The Hague, with hacking equipment.

Details released in the wake of the operation linked the Russian group to its military intelligence service, the GRU.

It also linked the GRU of an unsuccessful cyber attack on the UK Foreign Office and defence laboratories at Porton Down, who were also investigating the Salisbury attack, another incident linked to Russia.

The OPCW operation also linked Russian operatives to a 2017 cyber attack on the Malaysian investigation into the shooting down of flight MH17 over Ukraine in 2014.

The charity was the subject of cyber attack last year after having received Government funding for an initiative to tackle Russian disinformation.

An investigation was launched into the “theft of data” from the initiative, and there were reports that Whitehall sources had suggested the GRU was behind the attack.

The Institute for Statecraft said at the time that it believed the attack was an attempt to undermine its efforts to counter the treat of disinformation.

The NCSC, along with its cybersecurity counterparts in the US and Canada, revealed hacking group ATP29 had targeted organisations working on Covid-19 vaccines.

It said the hacking group was “almost certainly” linked to the Russian state.

The cyber security agencies added that they believe the aim of the attacks was to steal information about vaccine development, rather than trying to disrupt the UK and other countries’ own efforts to make a vaccine.