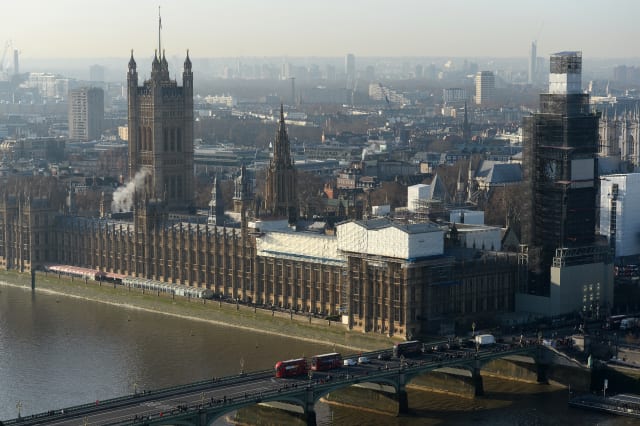 Relocating MPs and peers to York against their will during major renovations of the Palace of Westminster is “highly unlikely”, according to a Cabinet minister.

Commons Leader Jacob Rees-Mogg was pressed to guarantee that Westminster will remain the home of Parliament after Boris Johnson floated York as a temporary home.

In a letter, the Prime Minister said that locations outside London should be considered as a review is under way on how to handle the repair works at Parliament, which some estimates state could cost £6 billion.

Conservative Sir Bernard Jenkin, chairman of the Liaison Committee, questioned the suggestion and told the Commons: “I’ve listened carefully to what (Mr Rees-Mogg) has been saying. He’s laid great emphasis on saving the building, the Palace of Westminster.

“But can he just clarify it is the policy of the Government that this should be saved in order that it should be the home of our national Parliament, permanently?”

Mr Rees-Mogg replied: “I think (Sir Bernard) may be alluding to the mention in the Prime Minister’s letter of York and I would remind (Sir Bernard) that between 1301 and 1335, Parliament met in York 11 times, but that when Edward IV tried to get it to move to York it was unsuccessful.

“And so it will end being a matter for parliamentarians as to where this House sits.

“Though strictly speaking, the meeting of Parliament is called by the sovereign to her palace at Westminster and that, I think, is something that it would be highly unlikely to change without the acceptance of parliamentarians.”

Sir Bernard later said: “It may be so obvious as to be implied, but it would be a good thing if it was just explicitly the policy of the Government that the Government envisages staying permanently in this building, even if we decant for a period, even if the House of Commons chooses to meet in different parts of the country at different times, that this remains our national home.”

Meg Hillier, Labour chairwoman of the Public Accounts Committee, cautioned MPs to be aware of the “smoke and mirrors” from Downing Street.

She said: “I put the move to York for the House of Lords in the same category as the bridge to Northern Ireland or the estuary airport or the garden bridge.”

The PM has said costs for Parliament’s renovation should be “kept to a minimum”, something Mr Rees-Mogg echoed in a debate on the project.

He warned the work is not an opportunity to “create a second Versailles” and there can be “no blank cheque”.

Mr Rees-Mogg went on: “Our goal should be a narrow, simple one – to save the Palace of Westminster without spending more than is necessary. That is the only way we’ll be able to look our constituents in the eye as we explain the steps being taken.”

Conservative Damian Hinds, who speaks on behalf of the Parliamentary Works Sponsor Body, said many current MPs “won’t be around” to see the restoration works finished.

He said: “This is not about us. We are trustees of this place. Clearly we have to do what is right, not what happens to be convenient for us as its current temporary occupants.”

Conservative former Commons leader Chris Grayling said restoration is not something MPs have an option on, adding: “We very nearly had to close this chamber indefinitely within a few days of me becoming leader of the House (in 2015) because asbestos was discovered just up there in the ventilation shafts.”

A new consultation process was launched last month which considered whether MPs and peers would need to vacate the historic building as work is carried out.

Before Parliament voted in 2018 to approve the renewal works, which will entail decanting the whole building for at least six years, MPs had pushed rival plans that would have seen only a partial vacating required.

This would have forced builders to work around the Commons schedule.

The idea has since gained traction again following the coronavirus outbreak.

A recent report by the National Audit Office (NAO) stated that the £4 billion cost previously reported for the project was likely to be a “median” figure, with the final outlay on the Unesco World Heritage Site expected to be higher.

Initial estimates put the final bill as high as £6 billion, with the builders expected to be in until the 2030s.

The body said that a team will assess whether a recommendation made in a report four years ago that all MPs and Lords should leave the Palace of Westminster while the work was carried out is still the “best and most cost-effective” option.

Under the previously agreed plans, MPs are expected to move to Richmond House, the former home of the Department of Health, while the Palace of Westminster – with a floorplate the size of 16 football pitches and containing 1,100 rooms, 100 staircases and three miles of passageways – is being restored.

The sponsor body is expected to report its findings in the autumn.