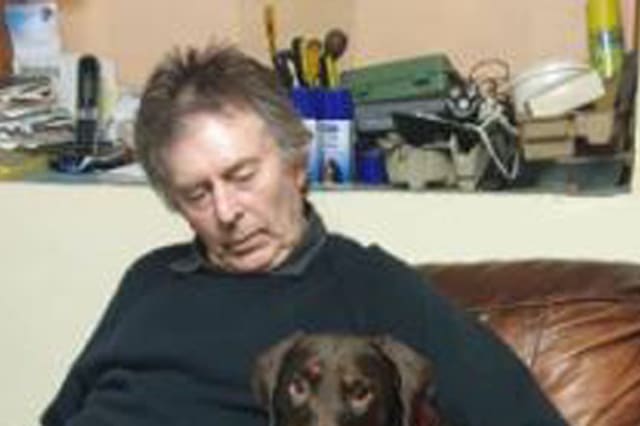 A man has been jailed for life for beating a dog-exhibitor to death in his own back garden.

Kyle Bowen, 29, launched a "brutal and senseless" attack on 73-year-old David Williams outside his property in Danygraig Lane, near Pontwalby Viaduct in Glynneath, North Port Talbot.

Mr Williams was well known in the dog-showing community, with one of his prized Dobermann dogs winning at February's 2020 Crufts international dog show, where a minute's silence in the Dobermann ring was held in his memory.

Mr Williams was found unconscious by his wife in their garden on January 27 this year, having suffered blunt force injuries to the back of his head, forehead, both sides of his face, as well as nasal fractures.

Just minutes beforehand, he had been woken by wife, Pearl Williams, 72, around 4pm after she heard a knock on their door, leading to him investigating by walking out into their garden.

But prosecutor David Hipkin told Swansea Crown Court Mrs Williams became concerned when she thought her husband had been "a very long time" and followed him outside.

Mr Hipkin said: "She saw her husband lying on the gravel outside the conservatory. Plant pots had been overturned, and a plastic bag containing some Pepsi Max cans was recovered."

Police and paramedics were called and attempted to resuscitate Mr Williams, but he never regained consciousness and was pronounced dead.

His injuries also included fractures to his ribs and one to a bone in his neck, possibly caused by compression of the neck, direct blunt impact, or indirect impact by his head being forced upwards.

Mr Hipkin said: "This must have been on any view a sustained attack. But the Crown cannot be specific as to the mechanism of injury."

A police investigation led officers to suspect Bowen after he was caught on CCTV at several locations in the area, including him buying a bottle of coke, a sausage roll, and a small bottle of vodka at a Co-op store around 3pm.

He then left for a footpath leading him to Danygraig Lane just after 4pm, and later emerging from another footpath from the direction of the viaduct near Mr Williams' home at 4.30pm.

Witnesses later saw him looking "worse for wear" and "muddy", one of whom instructed a friend to call the police out of concern for Bowen.

Officers arrested him outside his home later that evening, finding a DNA match between Mr Williams and blood found on Bowen's clothes.

A Pepsi Max can at the murder scene also had Bowen's DNA on its mouthpiece, which was also found from fingernail scrapings taken from Mr Williams.

Toxicology tests showed he was not drunk, but had consumed alcohol as well as the anti-psychotic Olanzapine.

Bowen told police he suffered from mental health problems and had "not been thinking rationally", having gone towards the viaduct to take his own life.

But he could not say why he went to Mr Williams' home and claimed not to have any memory of attacking him.

The court heard he has previous convictions for disorderly behaviour and battery.

He pleaded guilty to murder ahead of Thursday's sentencing hearing.

Mrs Williams gave a victim impact statement to the court, describing feeling "guilt" for not answering the door that day, and saying: "My life has changed forever."

"David loved animals, and we had two amazing dogs, beautiful Dobermanns called Otto and Eva. Eva has just won Crufts, and if he had been here, he would've been so proud."

Mrs Williams, who would have celebrated her golden wedding anniversary with her husband next year, said she no longer had her beloved animals as she was unable to look after them alone and had had to move out of her home.

Christopher Clee, defending said he could not put forward any reason for the "senseless killing" on Bowen's behalf as he claimed to have no memory of it.

Judge Paul Thomas QC told Bowen he had inflicted "horrific" injuries on Mr Williams, adding: "What you did was as senseless as it was brutal.

"I believe that your state of mind that day was such that anyone could have been your victim, or at least anyone that you knew you could attack without physical risk to yourself.

"It can't be said with certainty you stamped on him. But it was on any view a gratuitous, sustained attack that must have been continued long after it became apparent to you that you badly injured Mr Williams."

Bowen, from Glynneath, was jailed for life with a minimum of 16 years.

Judge Thomas added: "You will not be released until 2025 at the very earliest. It may well, of course, be a lot later than that, if at all."