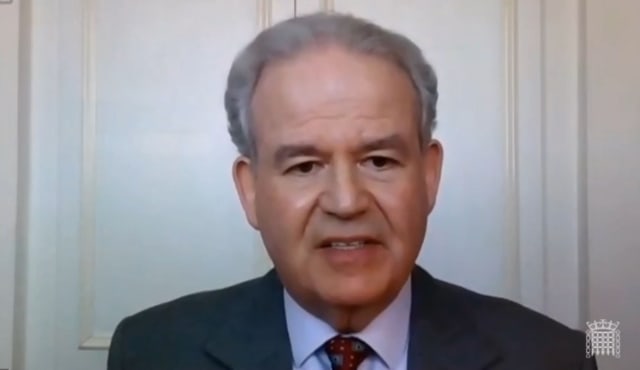 The new chairman of Parliament’s Intelligence and Security Committee has condemned Downing Street’s attempt to impose its “preferred candidate” to lead the committee.

Backbench MP Julian Lewis said he did not respond to a call to vote for former cabinet minister Chris Grayling as he considered it to be an “improper request”.

Mr Lewis was expelled from the parliamentary Conservative Party on Wednesday after securing the prestigious ISC chairmanship with the support of opposition members.

In a statement, he said that the 2013 Justice and Security Act explicitly removed the right of the prime minister to choose the ISC chairman and gave it to the committee members.

“It was only yesterday afternoon that I received a text asking me to confirm that I would be voting for the Prime Minister’s preferred candidate for the ISC chair,” he said.

“I did not reply as I considered it an improper request. At no earlier stage did I give any undertaking to vote for any particular candidate.”