Demand for flights ‘will not recover until 2024’ 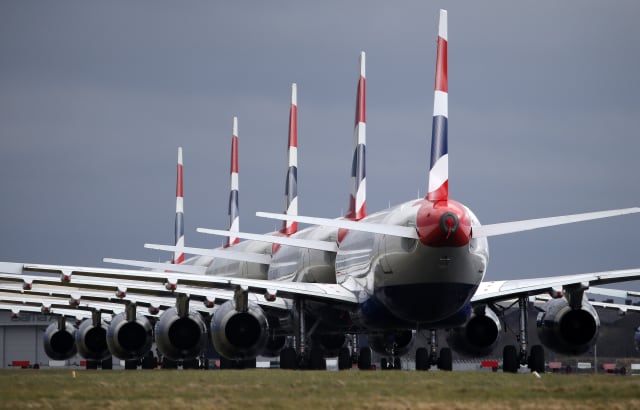 Demand for air travel will take longer to return to pre-pandemic levels than initially expected, according to the latest industry forecast.

Trade body ACI Europe, which represents European airports, said it does not expect passenger numbers to recover until 2024, one year later than it predicted in May.

This comes after figures for June show the increase in air travel following the easing of coronavirus restrictions has been slower than anticipated.

Passenger traffic across European airports last month was down 93% compared with June 2019.

This was an improvement on the 98% year-on-year decline recorded in May, but highlights how far the industry has to go to recover from the pandemic.

ACI Europe director-general Olivier Jankovec said: “The recovery in passenger traffic is proceeding at a slower pace than we had hoped for.

“This was the case in June, and initial data for July also indicates we’re likely to recover only 19% of last year’s traffic rather than the 30% we had forecast.

“This is down to the still incomplete lifting of travel restrictions within the EU/Schengen area and the UK, as well as the permanence of travel bans for most other countries.

“The fact that EU and Schengen states have not yet managed to effectively co-ordinate and align over their travel policies does not help, as it is not conducive to restoring confidence in travel and tourism in the middle of the peak summer season.”

Mr Jankovec warned that liquidity for airports will “remain an ongoing concern through the winter”.

He added that many airports – especially smaller, regional sites – will need “financial relief”.

Quarantine requirements for passengers returning to or visiting the UK were lifted for around 75 countries and territories last week.

Arrivals from other destinations must self-isolate for 14 days.

UK airlines have struggled to cope with the collapse in demand caused by the coronavirus crisis, with easyJet, British Airways and Virgin Atlantic all announcing job cuts and a reduction in their operations.

Support for Scottish independence from the UK leaps to record high