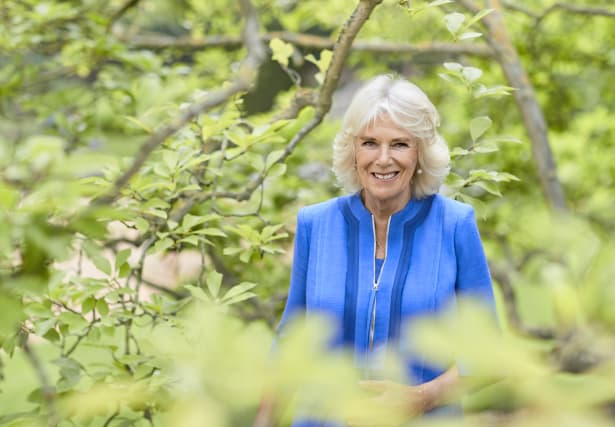 The Duchess of Cornwall has been pictured in the summer sunshine in the garden of Clarence House to mark her 73rd birthday.

A new official photograph shows a smiling Camilla, dressed in a blue silk linen Anna Valentine dress, standing amid the green foliage at her London residence.

Camilla, who is celebrating her birthday on Friday, was born on July 17 1947.

During lockdown, she began carrying out her royal duties via video call, before venturing out on face-to-face engagements over the past few weeks.

In March, the Prince of Wales caught coronavirus, but suffered only mild symptoms including losing his sense of taste and smell.

The couple had to isolate away from one another at Birkhall in Scotland to prevent the duchess from catching the disease.

Camilla discussed her life in lockdown when she guest-edited BBC Radio 5 Live’s The Emma Barnett Show earlier this month.

She revealed she was missing her grandchildren and was looking forward to the day she can hug them.

Down-to-earth Camilla also said she had been enjoying wearing jeans, adding: “I’ve been very, very happy with my jeans. It will be very hard to get out of them again. I think you get into a sort of way of life, don’t you?”

The duchess has been focusing on her royal charitable duties, including working to “lift the shroud of silence” surrounding domestic abuse, delivering a speech at the online Women of the World festival in June.

Heir to the throne Charles and the duchess – formerly Camilla Parker Bowles – marked their 15th wedding anniversary during the coronavirus pandemic.

They married in a civil ceremony at the Windsor Guildhall on April 9 2005, after a relationship spanning more than 30 years.