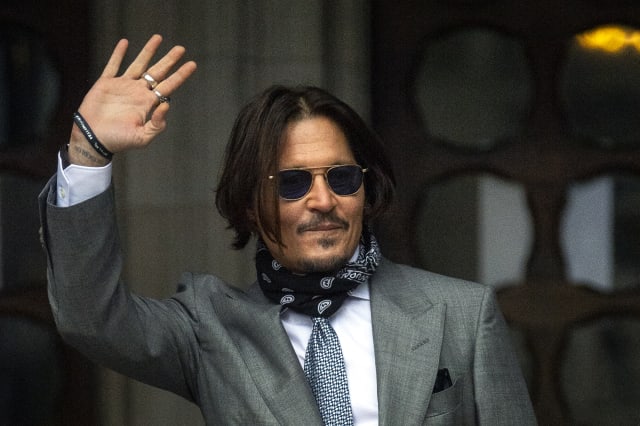 An actress and #MeToo campaigner is set to tell the High Court in London that she was “misquoted” in an article which labelled Johnny Depp a wife beater.

Mr Depp, 57, is suing The Sun’s publisher News Group Newspapers (NGN) and its executive editor Dan Wootton over an April 2018 article which alleged he was violent towards ex-wife Amber Heard, 34, during their tumultuous relationship.

Katherine Kendall, 50, an advocate for the #MeToo movement which sprang out of widespread revelations about Harvey Weinstein’s sexual misconduct, is expected to give evidence in the trial over a video link from the US at the High Court in London on Friday.

She has publicly accused the disgraced film mogul, who was jailed for 23 years in March after being convicted of rape and other sexual offences, of harassing her in the 1990s.

In court documents from an earlier hearing in the case, Mr Depp’s lawyers said Ms Kendall will give evidence to explain how annoyed she was that the article was presented as if she was “endorsing” a comparison between the actor and disgraced film mogul Harvey Weinstein.

In a complaint to the newspaper, Ms Kendall wrote: “I never meant to be in an article that called Johnny Depp a ‘wife beater’.

“I told you that I didn’t know that to be true at all! I have heard several times that she was in fact abusive to him.

“It seems that the whole article was about defaming him.

“I said over and over that I didn’t know that he had caused her harm.

“Even a picture only makes it ‘seem’ so.

“I’m telling you that you misquoted me and intentionally took things I said out of context in what I now realise was your purpose in defaming Johnny Depp.

“I told you I have heard Amber Heard hit him, which is why as you know I don’t condone ‘any’ violence.

“You have improperly tried to use the #MeToo movement for your purposes by using me in this way.”

The court is also due to hear evidence from artist and friend of Mr Depp, Isaac Baruch; Travis McGivern, a member of the actor’s security team, and Laura Divenere, former interior designer to Ms Heard.

Ms Heard claims that, during the incident in Australia, she was subjected to a “three-day hostage situation” during which Mr Depp drank to excess and took pills.