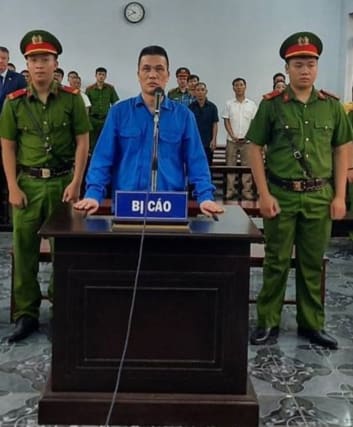 A Vietnamese national has been jailed in his home country for killing a man in South Wales 14 years ago, police have said.

Tu Minh Le, 47, fled to Southeast Asia following the death of 44-year-old Tran Nguyen, who was found badly beaten and unconscious and died at the Royal Gwent Hospital in Newport in November 2006.

Three other suspects were convicted of manslaughter following a four-month trial at Cardiff Crown Court in 2008, but efforts to locate Le continued.

An investigation between the National Crime Agency, Vietnamese authorities and Gwent Police eventually tracked the suspect down in Vietnam, where he was put on trial at the People’s Court in Hung Yen Province on July 9.

Gwent Police said he was found guilty of unlawful killing and sentenced to 12 years in jail.

On Wednesday, the Welsh force said the landmark trial was the first in Vietnam to be held on behalf on a foreign office.

Detective Chief Inspector Justin O’Keefe, who has worked on the case throughout the investigation, said: “This was the first time a trial was held in Vietnam for a foreign offence. It’s taken years of work, liaising with a range of authorities, but we never lost hope that we would see the outcome we now have.

“This has been one of the most logistically challenging inquiries ever faced by Gwent Police. For a considerable time we didn’t know the identity of the victim or the circumstances leading to his death.

“This outcome demonstrates the commitment of all authorities to work together to bring offenders to justice.

“I’d like to thank the Ministry of Public Security in Vietnam who have progressed the prosecution on our behalf, together with the National Crime Agency.”

Mark Bishop, the National Crime Agency’s head of region for Asia Pacific, said: “This was a truly landmark case which came about because of unprecedented co-operation between the NCA, Gwent Police and the Vietnamese Ministry of Public Security.

“We worked closely with them to exchange evidence, resulting in this conviction.

“Tran Nguyen’s family have been through a horrendous ordeal and have had to wait 14 years for this verdict. I hope it brings some form of comfort or closure to them.

“It demonstrates that no matter what the offence or where in the world offenders may be, we can track them down and we can bring them to justice.”