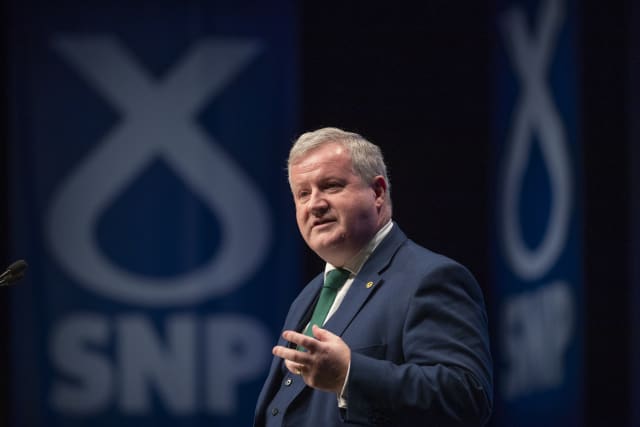 The SNP will call on the UK Government to rule out a “Brexit power grab on Scotland” as MPs debate the party’s motion calling for an extension to the transition period.

Ian Blackford,  SNP Westminster leader, said that Tory plans represent the “biggest threat to devolution” since the Scottish Parliament was reconvened in 1999.

In the debate on Wednesday he will also call on Prime Minister Boris Johnson to accept the extension to the transition period on offer from the EU, and said that crashing out would be damaging at any time and “extremely reckless” in the middle of a global pandemic.

Scottish Government analysis has found that ending the transition period in 2020 could remove £3 billion from the Scottish economy in just two years – on top of the impact of coronavirus.

Speaking ahead of the Commons debate, Mr Blackford said: “Tory plans for a Brexit power grab on Scotland represent the biggest threat to devolution since the Scottish Parliament was reconvened in 1999.

“The threat to our NHS, agriculture, environment and economy is growing by the day as Boris Johnson tramples over Scotland’s interests to satisfy Donald Trump’s trade deal demands.

“The Tory government must rule out any attempt to roll back devolution, which the SNP will resist every step of the way, and put the economy first by extending the Brexit transition period.”

Mr Blackford said that with just six months left until the transition period ends, little progress has been made and there is no good deal in sight.

He said that all of the options being considered would inflict lasting damage on the economy and leave the UK “poorer and worse off”.

Mr Blackford added: “With businesses struggling to survive and thousands of jobs being cut, we cannot afford a Tory Brexit crisis piled on top of the coronavirus emergency we already face.

“Crashing out of the EU would be damaging at any time but it is extremely reckless in the middle of a global pandemic.

“Scotland has been completely ignored throughout the Brexit process and we have been shut out of the trade talks.

“It is clearer than ever that the only way to properly protect Scotland’s economy and our place at the heart of Europe is to become an independent country.”

Pizza Express: 1,100 jobs at risk as around 67 restaurants set to close