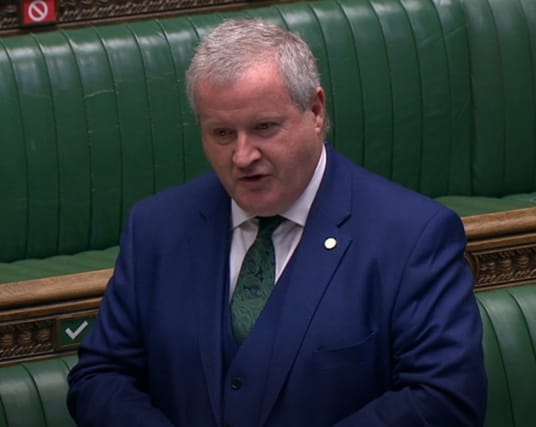 The UK Government has accused the SNP of seeking to “further divide” Britain at a crucial stage of Brexit talks.

Cabinet Office minister Penny Mordaunt claimed “stirring up division” is something SNP MPs “enjoy” as she criticised the party’s Westminster leader Ian Blackford for leading a Commons debate on the SNP demand for an extension to the transition period beyond 2020.

Ms Mordaunt also prompted laughter from the SNP benches as she insisted David Frost, the UK’s chief Brexit negotiator, is “going in to bat for Scotland’s interests” in the coming days.

She shot back: “I’m sure Scottish fishermen don’t appreciate you laughing.”

Scottish Government analysis has found ending the transition period in 2020 could remove £3 billion from the Scottish economy in two years – on top of the impact of coronavirus.

Concerns have also been raised about proposals for an external body to “test” whether a bill in Holyrood affects the UK’s internal market, seen by the SNP as a “power grab” on responsibilities held by the Scottish Parliament.

Ms Mordaunt said Westminster has been clear the Brexit transition period will not be extended, telling MPs: “Some might argue that it’s not only undesirable to do so but now impossible.”

On why she believed the SNP wanted to debate the transition period rather than other issues, Ms Mordaunt said: “Sadly, the purpose of this debate is not to influence or secure change, or even to suggest any further practical measures that could help business.

“This Opposition Day Debate is designed to do what Scottish nationalists always try and do, sadly, to further divide, to sow seeds of doubt, to undermine confidence and highlight differences right at the moment when everyone should be pulling and working together.

“Stirring up division is clearly something members opposite enjoy and I’ve never understood those motivations in politics, even though, if that is what floats your boat, to do it now when we should be maximising the benefits, focusing on those benefits for the whole of the United Kingdom for the sake of all of our citizens, well I find that truly amazing.

“It shows sadly the SNP and anyone else supporting them today will have learnt nothing from the last few years.”

Ms Mordaunt also claimed people in Scotland benefit from a “UK dividend” of about £2,000 per household.

Mr Blackford earlier said the UK Government must “recognise reality” and reconsider its refusal to extend the Brexit transition period.

Speaking during an SNP-led debate on the impact of Covid-19 on Brexit negotiations, Mr Blackford said the EU has expressed its “ongoing openness” for an extension.

He added: “We are in unprecedented times. A health pandemic, an economic crisis, the very real threat of a second wave of Covid-19 later this year. Now is the moment for the UK Government to recognise reality and to reconsider its position.”

Mr Blackford said the Covid-19 crisis has “exemplified” how Scotland could “govern itself better as an independent, small country”, adding in the Commons: “Nicola Sturgeon scores more highly with English voters than the Prime Minister.”

In response to Tory mocking, Mr Blackford said: “They think the fact the Prime Minister is not popular, certainly in Scotland, is funny. We don’t think it’s funny, we think it’s something much worse than that.

“It’s now impossible for the UK Government to deny Scotland a choice over its future. The Prime Minister may be the best recruiting tool for Scottish independence since Margaret Thatcher.”

For Labour, shadow Cabinet Office minister Paul Blomfield said “that ship has sailed” in reference to SNP calls for the transition period to be extended beyond December 31.

He told MPs: “We are now past the date when an extension could have been agreed. The Government did not seek one, and nor did the EU propose one.

“That ship has sailed and frankly it’s the wrong focus for a debate on the negotiations.”