PM: ‘Every reasonable step’ being taken to prepare for second coronavirus spike 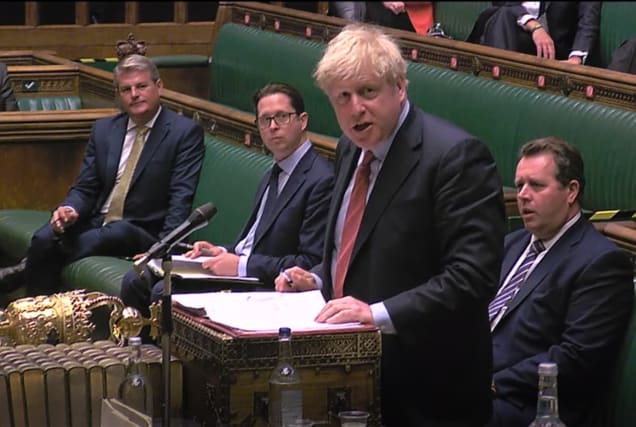 Face coverings will have to be worn in shops in England for the “foreseeable future” as part of the Government’s efforts to prevent a second wave of coronavirus.

Health Secretary Matt Hancock said there was no end date for the requirement to wear coverings as Boris Johnson insisted that the NHS Test and Trace operation to contain the spread of the virus was “as good as or better than” any other system in the world.

The Prime Minister was challenged about preparations for a second wave following the publication of a report commissioned by Government advisers warning that there could be 120,000 hospital deaths in a “reasonable worst-case scenario” if the disease rebounds in winter.

The report from the Academy of Medical Sciences, commissioned by the Government’s chief scientific adviser Sir Patrick Vallance, says action must be taken now to mitigate the potential for a second peak of Covid-19, including scaling-up the Test and Trace system.

At Prime Minister’s Questions, Mr Johnson said: “Our Test and Trace system is as good as or better than any other system in the world and yes, it will play a vital part in ensuring that we do not have a second spike this winter.”

Some 144,000 people had self-isolated as a result of being contacted by NHS Test and Trace, he said.

Asked if he had read the scientists’ findings, Mr Johnson said he was “aware of the report” and claimed the Government was taking “every reasonable step” to prepare the country to cope with a possible second spike in cases.

The Prime Minister accused the Labour leader of “endlessly knocking the confidence of the people of this country” by criticising the Government’s actions.

Sir Keir said the percentage of people contacted and asked to self-isolate by NHS Test and Trace had gone down since it was launched.

“It’s perfectly possible to support track and trace and point out the problems,” Sir Keir told the Prime Minister.

“Standing up every week and saying it’s a ‘stunning success’ is kidding no-one – that isn’t giving people confidence in the system.

“They would want a Prime Minister who stands up and says ‘there are problems and this is what I’m going to do about them’ – not this rhetoric about ‘stunning success’ when it’s obviously not true.”

At Prime Minister’s Questions, Mr Johnson also committed to an “independent inquiry” into the handling of the pandemic, but now was not the “right moment” for it.

Earlier, Mr Hancock defended the move to make face coverings compulsory in England’s shops from July 24, despite resistance from some Tories.

There have also been warnings that the move will deter shoppers just as high streets are reopening with the easing of the coronavirus lockdown restrictions.

However, Mr Hancock insisted the wearing of face coverings in shops and on public transport is essential to prevent the virus getting out of control again.

“People will have to wear masks in shops and on public transport and in the NHS for the foreseeable future,” he told BBC Breakfast.

“The virus exists only to multiply and, without any measures, we know that each person infects another two to three people so we do have to have these measures in place, even though the number of cases are really low, to keep a grip on the virus.”

But the Health Secretary denied reports that he is planning to extend the requirement to offices.

“That isn’t going to happen and the reason is in offices you tend to spend a lot of time with the same people,” he told BBC Radio 4’s Today programme.

“Where the mask benefits is from you spreading the disease to other people when you have relatively short interactions with lots of different people.”

Mr Hancock also played down reports that the Government is preparing to raise capital gains tax (CGT) as it seeks to rebuild the public finances following the collapse of economic activity during the lockdown.

Speculation that Chancellor Rishi Sunak is preparing the ground for a CGT increase – putting the cost of the outbreak on the better-off – was sparked by the disclosure that he had ordered the Office for Tax Simplification to carry out a review of the tax.

However, Mr Hancock told Sky News: “As far as I understand, there is no proposal and the Chancellor is not looking at tax changes now.

“We’ve just had the summer economic statement and apparently reviews like this are normal all of the time and not connected to any decision one way or the other.”

The Treasury said it is “standard practice” to keep all taxes under review.

A spokesman said: “There is no expectation or plans for policy changes as a result.”