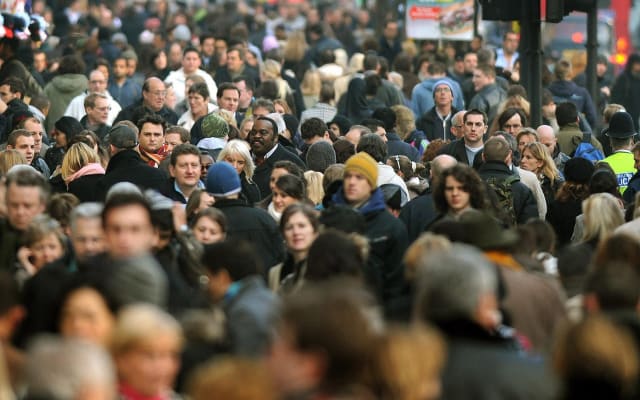 The global population may peak at around 9.7 billion in 2064 before falling to 8.8 billion by the end of the century, a new study suggests.

Researchers at the University of Washington have based their forecast on a falling overall fertility rate, which is the average number of children a woman gives birth to, as girls get better access to education and contraception.

The projected fertility rate indicates that by 2100, 183 of 195 countries will not be able to maintain current populations, with forecasts indicating 2.1 births per woman.

Some 23 countries, including Japan, Thailand, Italy and Spain, will see populations plummet by more than 50% by the end of the century, according to the researchers.

But the population of sub-Saharan Africa could triple from an estimated 1.03 billion in 2017 to 3.07 billion, due to a declining death rate and more women entering reproductive age.

Scientists from the Institute for Health Metrics and Evaluation (IHME) at the university's School of Medicine used data from the Global Burden of Disease Study 2017.

The modelling study, published in The Lancet, also predicts a shift in global economic power brought on by "dramatic declines in working-age populations in countries such as India and China".

Aside from North Africa, the Middle East is the only other region predicted to have a larger population in 2100, growing from an estimated 600 million in 2017 to 978 million.

The fastest-shrinking populations will be in Asia and central and eastern Europe, the researchers said.

The population of Spain is forecast to fall from 46 to 23 million, Italy from 61 to 31 million and Portugal from 11 to 5 million.

Professor Stein Emil Vollset, of the IHME and first author of the paper, said: "While population decline is potentially good news for reducing carbon emissions and stress on food systems, with more old people and fewer young people, economic challenges will arise as societies struggle to grow with fewer workers and taxpayers, and countries' abilities to generate the wealth needed to fund social support and health care for the elderly are reduced."

The researchers say immigration could offset population shrinkage, particularly in countries with low fertility, such as the US, Australia and Canada.

"However, a very real danger exists that in the face of declining population, some countries might consider policies that restrict access to reproductive health services, with potentially devastating consequences.

"It is imperative that women's freedom and rights are at the top of every government's development agenda."

The study also predicts that over-80s will outnumber under-20s by the end of the century, with an estimated 2.37 billion people over 65 compared with 1.7 billion under the age of 20.