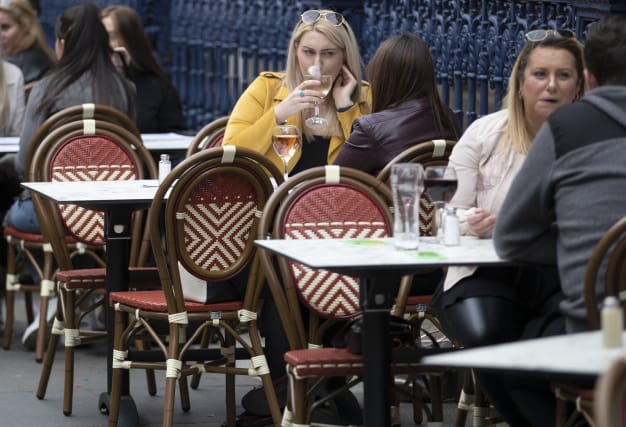 McDonald’s, Nando’s and Pret A Manger are among food chains planning price cuts for customers as £4.1 billion of VAT cuts come into force.

The Government has slashed VAT on hot meals, accommodation and attractions from 20% to 5% for the next six months.

However, not all hospitality firms are expected to pass the full benefit of the tax cut on to customers, after taking a severe hit from the coronavirus crisis.

Bernard Donoghue, director of the Association of Leading Visitor Attractions (Alva), told the BBC he expects the cut will go towards helping venues “repair their finances as opposed to being passed on to customers”.

The Treasury estimates that households could save £160 a year as a result of the changes.

Last week, Chancellor Rishi Sunak announced the cut, which will remain in force until January 12, alongside plans to give people a 50% discount, up to £10 per head, to eat out in restaurants in August.

The high street chain said the price of a takeaway latte will fall 35p to £2.40 as a result of the tax break.

Pret is one of a number of under-pressure chains to announce hundreds of job cuts to mitigate the impact of lockdown on its operations.

McDonald’s said it is recommending a cut in the price of popular items on its menu and meal deals to its franchisees.

It said it intends to reduce the price of Happy Meals by 30p and breakfast meals by 50p, with price cuts also recommended for Big Macs, Quarter Pounders and McNuggets.

Rival KFC said it will reduce the price of sharing buckets by £1 and slash the cost of certain “fan favourites” by 50p.

Nando’s said it will pass on “100% of the benefits” from the tax break to its customers, helping to reduce the price of a quarter chicken by 55p.

The VAT cut does not apply to cold takeaway food, such as sandwiches or salads, and alcoholic drinks.

Pub chain Wetherspoons said it will use the tax cut on hot food and cold drinks to help fund lower prices on some of its most popular beers.

However, it was fiercely criticised by beer industry leaders, who said the move was “misleading”.

A joint statement by Tom Stainer, chief executive of the Campaign for Real Ale (Camra), and James Calder, chief executive of the Society for Independent Brewers (Siba), said: “Like all pubs, Wetherspoon will not be able to benefit from a VAT reduction on beer sales and it is disappointing to see them potentially mislead customers into believing cheaper beer prices are as a direct result of the Chancellor’s measures.”