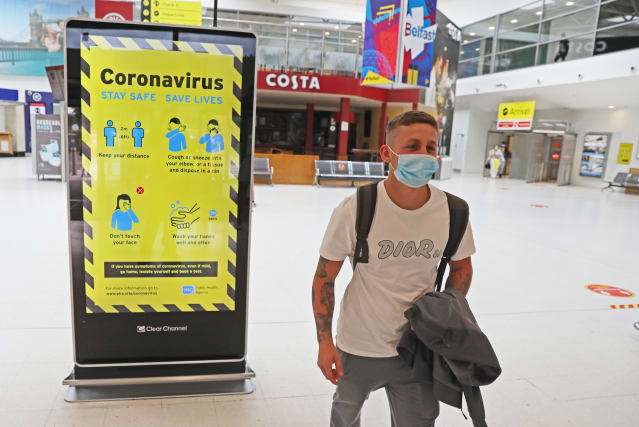 Compliance with coronavirus quarantine measures by people travelling in and out of the UK has been “incredibly high”, the Home Secretary said.

Speaking to the Commons Home Affairs Committee on Wednesday, she said the majority of the checks were carried out at the border.

Shona Dunn, second permanent secretary to the Home Office, added that as of last week around 20% of those were follow-up checks on people who have come into the country which were carried out by Public Health England.

Last week, it emerged not a single person had been fined by police in England and Wales for breaching the quarantine rules after arriving from abroad up until June 22.

The figures came as the measures for people returning to or visiting the UK from a list of countries, including popular holiday destinations, were relaxed.

The 14-day self-isolation policy for UK arrivals, bar a handful of exemptions, was introduced on June 8, with breaches punishable by fines of between £100 and £1,000.

The figures do not include fines given by Border Force, which has issued three penalties.

Two British nationals were fined at Coquelles, near Calais, in northern France, on June 28, while a European was issued with a penalty in Hull the following day.

Committee chairwoman Yvette Cooper continued to level questions about the department’s estimates of how many people with coronavirus could be coming into the country.

Approximately 50,000 people are entering on a daily basis across all modes of transport, Ms Patel said, adding: “I don’t have a figure of people coming into the country on a daily basis with coronavirus. That figure is held centrally elsewhere in Government with the Department of Health and Public Health England.”

Last week MPs heard that Government officials may not have any idea of the numbers.

At the time Ms Dunn said she did not believe “anyone has asked for that number to be pinned down given the range of uncertainties that are being dealt with”, which Ms Cooper described as “baffling”.

An estimate figure of 0.5% out of the number of cases in the UK is still being used by the Home Office, MPs were told on Wednesday.

This is the same figure as previously provided by the department for March.

Permanent secretary Matthew Rycroft said the number “continues to be up to 0.5%” and it was “refreshed advice” from scientific advisers.

Ms Cooper cited a scientific study which suggested that between 1,300 and 10,000 cases came into the country from mainly Spain and Italy in March – when no quarantine was in place and no specific self-isolation advice was provided – and that “hugely sped up the epidemic”.

She said: “It is quite troubling that is seems none of you are able to explain just an assessment of the number of people likely to be coming into the country with coronavirus or the proportion of the 50,000.”

But Ms Patel insisted she “did ask questions and I did have numbers as did everybody in Government”, adding: “In terms of measures put in place at the border, we were following advice, and rightly so, from Government advisers.

“And it was deemed back in March, on the 13th, that the stay-at-home guidance was more effective than previously issued country-specific advice and that has been confirmed by our scientific adviser and by Sage (the Scientific Advisory Group for Emergencies).”

Asked if she regretted not taking measures, and following the lead from other countries, Ms Patel replied: “Hindsight is a wonderful thing but we were following the advice at the time and I think that is absolutely the right thing to do.

“We had to do what we feel was right for our country.”