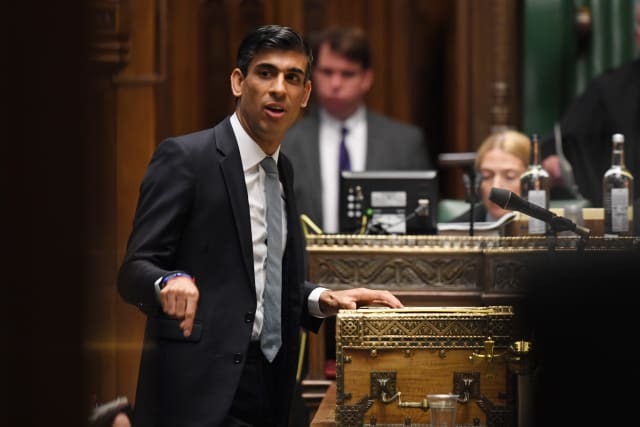 Chancellor Rishi Sunak has refused to confirm whether tax rises will be implemented to pay for Covid-19 borrowing but warned that “tough choices” lay ahead for the country.

Mr Sunak’s decision to ask the Office of Tax Simplification (OTS) to review capital gains tax sparked speculation that he was preparing to raise the asset tax as the Government seeks to rebuild public finances following the collapse of economic activity during the coronavirus lockdown.

Giving evidence to the Commons Treasury Committee on Wednesday, the Number 11 incumbent said it was “business-as-usual practice” for the Treasury to analyse how the tax system was functioning.

But the former local government minister confirmed that “tough choices” would have to be made as the Government looks to pay back borrowing, which the Office for Budget Responsibility predicted could reach up to £322 billion this year.

Mr Sunak said: “I say this clearly to any journalist I speak to, any colleague – I’m going to give the same answer, which is I’m just not going to comment on future fiscal policy and people should not then infer, ‘Ah, you didn’t rule this out or you do rule this in’.

“We of course look at everything all the time, that’s what we do.

“In terms of what does that mean for spending and taxes, those are decisions that will have to wait until we get to Budgets but there are tough choices ahead, that is clear.

“We have an ambition to deliver upon our priorities and the promises we made, we’ve been through hopefully this once-in-a-lifetime episode, it has had an enormous impact on our economy, on jobs, our public finances and that means there are tough choices to come.

“It is difficult for us to go into more detail than that.”

Mr Sunak said there would need to be a conversation about how public services are funded in the wake of the crisis.

Responding to a comment from fellow Tory MP Steve Baker that some economic experts thought the UK had reached its “taxable capacity,” the Chancellor said: “We want public services, we have expectations on the Government to provide certain things and we have to look at how we are going to fund these things and we must have that conversation in the round.

“We can’t choose to only talk about one side of it without having reference to the other.

“I hope we can, both with the country and with colleagues, have a sensible conversation about all these things in the round as we confront some of the tough choices that are coming our way over the next few months.”

During the two-hour session Mr Sunak, who was pictured wearing a face covering while buying lunch from a Pret A Manger before the committee hearing, said he wanted to restore public finances to a “sustainable footing” over the “medium term” following the pandemic.

He also said government bailouts for individual companies impacted by the downturn should be “exceptionally rare”.

It comes after Virgin Atlantic unveiled a £1.2 billion bailout package on Tuesday involving only private funds.

“The bar for that kind of intervention is very high,” he said.

The Cabinet minister apologised to those workers who had not been eligible for furlough or self-employed support during the lockdown but said it was time to “focus on the future” and that the Treasury “could not introduce new schemes”.

Campaigners, who say three million people have been denied financial support, delivered a petition to Mr Sunak’s office on Wednesday calling for assistance to prevent businesses from collapsing.