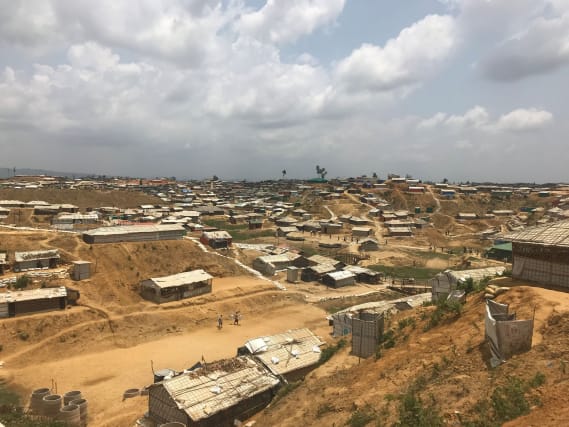 A new appeal to raise funds to fight coronavirus in refugee camps and poor communities in some of the world’s most vulnerable countries has raised more than £5 million in a day.

The Disasters Emergency Committee (DEC) Coronavirus Appeal, involving 14 of Britain’s largest aid charities, was launched on Tuesday to raise funds to provide food, water and medical care to people in countries such as Syria, Yemen and South Sudan.

Other targets are Somalia, the Democratic Republic of the Congo, Afghanistan and the Rohingya refugee camps in Bangladesh.

The appeal had raised more than £5 million by the end of the first day.

The UK Government has pledged to match the first £5 million in donations made by the public.

Saleh Saeed, DEC chief executive, said: “Here in the UK we have all had to make unprecedented sacrifices to protect each other and save lives, so it is deeply humbling to also see the British public responding so generously to those in the world’s most fragile places who desperately need our help.

“I thank too the UK Government which is matching pound for pound the first £5 million donated by the public, as well as our broadcast partners for airing our appeal, reaching millions of viewers and listeners.”

The appeal has been backed by celebrities including singer Annie Lennox and actor and musician Riz Ahmed.

Much of the money will go to refugee camps, where overcrowding and poor sanitation gives the virus greater opportunity to spread.

The DEC estimates there are 24 million internally displaced people in these countries, as well as 850,000 Rohingya people in Bangladesh.

Donations will also be spent on providing soap to vulnerable families and providing information about the dangers of the spread of the disease.