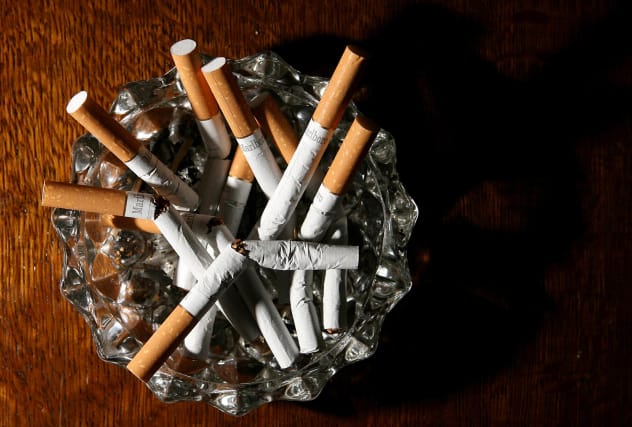 More than a million British smokers have kicked the habit since the start of the Covid-19 pandemic, a charity has estimated.

Action on Smoking and Health (Ash) has calculated that 1,036,000 smokers and recent ex-smokers had quit or continued their abstinence since coronavirus cases started circulating in the UK.

The charity surveyed more than 10,000 people across England, Wales and Scotland, including 1,700 smokers and people who had quit in the last four months.

It found that younger smokers were more likely to have stopped than older smokers – 17% of smokers and recent ex-smokers aged between 16-29 said they had quit compared to 7% of those older than 50.

A regional breakdown found that smokers in the North East of England were more likely to have quit than anywhere else in the country – 20% of smokers said they have kicked the habit since the pandemic.

Wales and the East Midlands saw the smallest quit rates with 8% of smokers and former smokers saying they had stopped smoking during the crisis.

After extrapolating the figures, the charity estimated that a million people will have quit since the crisis hit and a further 440,000 smokers had tried to quit during this period.

The figures were released to mark Ash’s new campaign to encourage more smokers to quit.

“Over a million smokers may have succeeded in stopping smoking since Covid-19 hit Britain, but millions more have carried on smoking,” said Ash chief executive Deborah Arnott.

“This campaign is designed to encourage those who’ve not yet succeeded, to wake up and decide today is the day to stop smoking.”

Respiratory consultant Dr Ruth Sharrock, who is featured in the campaign, said: “Every day of my working life I see the terrible health problems caused by smoking.

“But I have also been inspired by those already suffering from smoking-related diseases, who have still managed to quit and get health benefits from this.

“Please, do not wait – whether you are healthy now or already unwell because of smoking, today is the day to stop. It can transform your life.”