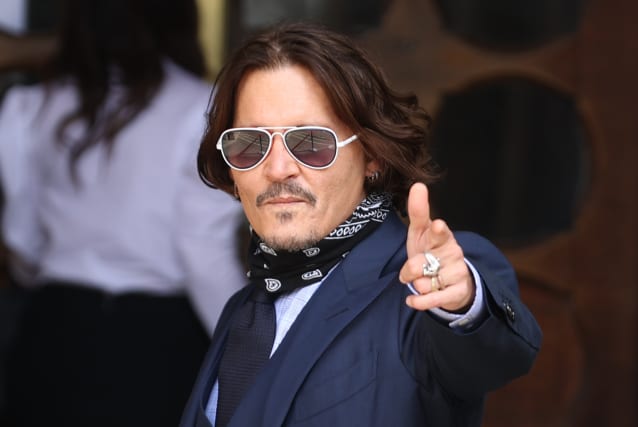 Johnny Depp’s ex-fiancee Winona Ryder is set to appear at the High Court in London in support of the actor’s sensational libel claim against The Sun over an article that labelled him a “wife beater”.

The Hollywood star, 57, is suing the tabloid’s publisher News Group Newspapers (NGN) and its executive editor Dan Wootton over an April 2018 article which alleged he was violent towards ex-wife Amber Heard, 34, during their tumultuous relationship.

Stranger Things actress Ms Ryder, 48, who had a relationship with Mr Depp in the 1990s, will give evidence in support of the actor’s case over a video link from Los Angeles on Wednesday.

The court has previously heard Mr Depp had a “Winona Forever” tattoo when the pair were an item, which he later changed to “Wino Forever”.

At a preliminary hearing in the case, part of Ms Ryder’s witness statement was revealed in court documents, which read: “I cannot wrap my head around (Ms Heard’s) accusations.

The actress will give her evidence on Wednesday afternoon, after the court hears from Mr Depp’s former and current estate managers, Ben King and Kevin Murphy, in the morning session.

Also on Wednesday, the court is due to hear from actress and advocate for the #MeToo movement Katherine Kendall, who claims she was “misquoted” in The Sun’s article.

In court documents, Mr Depp’s lawyers said Ms Kendall will give evidence to explain how annoyed she was that the article was presented as if she was “endorsing” a comparison between the actor and disgraced film mogul Harvey Weinstein.

In a complaint to the newspaper, Ms Kendall wrote: “I never meant to be in an article that called Johnny Depp a ‘wife beater’.

“I told you that I didn’t know that to be true at all! I have heard SEVERAL times that she was in fact abusive to him. He’s never been a convicted ‘wife beater’.

“It seems that the whole article was about defaming him. I said over and over that I didn’t KNOW that he had caused her harm.

“Even a picture only makes it ‘seem’ so. I’m telling you that you misquoted me and intentionally took things I said out of context in what I now realise was your purpose in defaming Johnny Depp.

“I told you I have heard Amber Heard hit him, which is why as you know I don’t condone ‘any’ violence. You have improperly tried to use the #MeToo movement for your purposes by using me in this way.”

The court will also hear from Kate James, Ms Heard’s former personal assistant, who is expected to give evidence on Ms Heard’s consumption of red wine and her impression of Mr Depp.

She is also expected to claim that Ms Heard asked her to help draft a letter to US Homeland Security in 2014, which falsely claimed one of Ms Heard’s employees was just a friend, which meant she would not fall foul of regulations.

Trial judge Mr Justice Nicol said in a preliminary ruling that he will determine during the trial whether Ms James’s evidence relating to what has been referred to in court as the “Australia dogs episode” will be allowed to form part of Mr Depp’s case.

In 2014, Ms Heard and Mr Depp recorded a now infamous video apologising for taking their Yorkshire terriers Pistol and Boo into Australia illegally.

Ms Heard claims that, during the incident in Australia, she was subjected to a “three-day hostage situation” during which Mr Depp drank to excess and took pills.