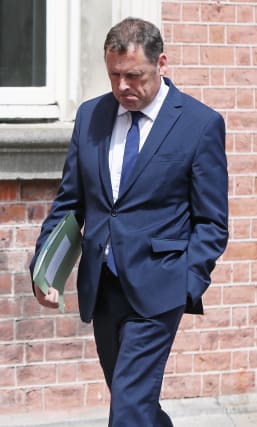 Taoiseach Micheal Martin made the announcement in the Dail parliament in Dublin on Tuesday night.

Mr Cowen had faced criticism over recent days over revelations he was found to be drink-driving in September 2016.

He was stopped by police on his way home to the midlands from a Dublin sporting event.

The row has overshadowed the early days of Ireland’s new coalition Government.

It was formed last month between leading parties Fianna Fail and Fine Gael, with the support of the Green Party.

Mr Cowen is a brother of former Irish premier Brian Cowen and is part of a long-running Fianna Fail dynasty based in Co Offaly.

The married father-of-four and former auctioneer represents the electoral district of Laois-Offaly.