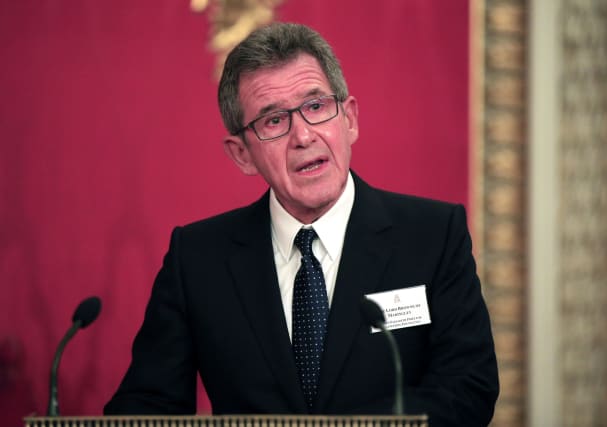 Huawei’s UK chairman is to step down early, it emerged as the Government is set to bar the Chinese tech giant from playing any role in Britain’s 5G network.

Lord Browne’s term was due to end in March but the former BP boss is now expected to depart in September.

News of his departure came on Tuesday as Boris Johnson was to meet his National Security Council (NSC).

They are expected to decide that the tech firm will no longer be able to play a role in the 5G system, in a major U-turn from the Government.

Ministers have been under intense pressure from Donald Trump’s White House and from backbench Tory MPs to cut ties with Huawei.

A Huawei spokesman said: “When Lord Browne became chairman of Huawei UK’s board of directors in 2015, he brought with him a wealth of experience which has proved vital in ensuring Huawei’s commitment to corporate governance in the UK.

“He has been central to our commitment here dating back 20 years, and we thank him for his valuable contribution.”

Ministers in January said Huawei could play a limited role in the 5G network despite warnings its equipment could be used by China for espionage or to disrupt critical national infrastructure.

But Culture Secretary Oliver Dowden is expected to say that no new Huawei equipment can be installed in the network from as soon as next year.

A so-called “rip out” date by which all existing equipment must be removed is also expected.

Ministers have said they were forced to act after the US imposed sanctions banning the firm from using any American components in its products.

Despite the sanctions, Huawei Technologies reported on Tuesday that its revenue grew 13.1% in the first half of the year compared with a year earlier.