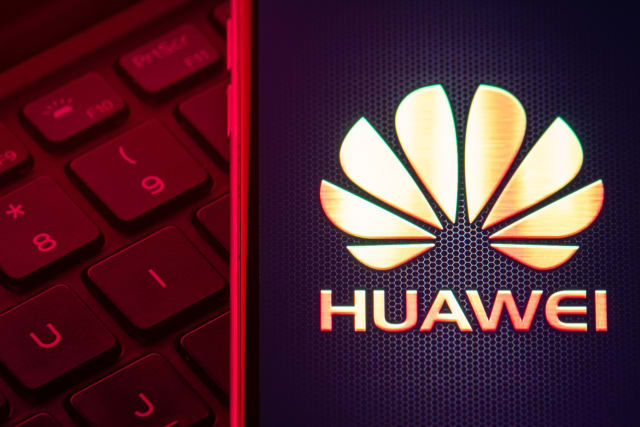 The Government’s decision to strip Huawei equipment from its 5G network is about “trade”, not security, the Chinese company’s UK communications boss has said.

Boris Johnson on Tuesday ordered telecoms firms to strip equipment from the Chinese tech giant out of 5G networks by 2027.

The move, which will delay the deployment of 5G technology by up to three years and add billions to the cost, came after the UK’s experts warned that highly restrictive US sanctions meant the security of Huawei’s equipment could not be guaranteed.

Speaking on BBC’s Newsnight, Huawei’s UK communications director Ed Brewster said the decision to remove the company’s 5G technology from the UK stemmed from pressure by Washington to maintain its position as a technological leader.

“It’s a very disappointing decision from our side. We are urging the UK Government to reconsider that decision,” Mr Brewster said.

“I think this is clear this is not about security, this is about trade. This is a US campaign focused on attacking our business and attacking the technology and that’s because the US is behind in terms of the technology.

“Today’s decision is as much driven by trade and US trade policy, US concerns around falling behind in technology. We are in a long-term … trade dispute escalation from the US around how it wants to retain technology leadership.”

Mr Brewster also moved to distance the company from the perception that it is a state arm of China, adding: “That’s the perception but it’s incorrect. We’re a private technology company. The trust we’ve built up around the world is with our customers (and) the telecoms networks.

“We don’t work for governments, we work for the telecoms networks.”

Mr Brewster’s comments come after China’s ambassador to the UK Liu Xiaoming, who is set to deliver an online speech on China-Europe relations on Tuesday, called the decision “disappointing and wrong”.

He tweeted: “It has become questionable whether the UK can provide an open, fair and non-discriminatory business environment for companies from other countries.”

The decision, taken by the National Security Council (NSC), led to concerns being raised in the Commons about the possibility of retaliation from Beijing, but ministers insisted they would not be “cowed” by China.

From next year, telecoms firms will be banned from purchasing new 5G equipment from Huawei and will have to remove all the Chinese company’s kit by 2027.

They are also expected to be ordered to shift away from the purchase of Huawei’s equipment for full-fibre broadband networks over a period lasting up to two years.

The decision followed an assessment of the impact of US sanctions by experts from the National Cyber Security Centre (NCSC), which removes Huawei’s access to products which have been built based on US semiconductor technology.

Defence Select Committee chairman Tobias Ellwood said the Government should “expect repercussions from China” as a result of the decision, with Tory former Cabinet minister David Jones highlighting a warning from Mr Xiaoming of “consequences” if Huawei was banned.

However, Culture Secretary Oliver Dowden said the UK “will not be cowed by the comments of any other country.”

He added: “This decision has been made in the national security interests of this nation.”

The decision was welcomed by the US, which has called for members of the Five Eyes alliance – which also includes the UK, Canada, Australia and New Zealand – to avoid Huawei kit.

US Secretary of State Mike Pompeo tweeted: “Today’s decision by the UK to ban Huawei from its 5G networks advances trans-Atlantic security in the 5G era while protecting citizens’ privacy, national security, and free-world values.”

Meanwhile, BT chief executive Philip Jansen said the company was confident its existing networks would not be significantly impacted by the decision.

“The security of our networks is an absolute priority for BT,” Mr Jansen said.

“Clearly this decision has logistical and cost implications for communications providers in the UK market – however, we believe the timescales outlined will allow us to make these changes without impacting on the coverage or resilience of our existing networks.

“It will also allow us to continue to rollout our 5G and full fibre networks without a significant impact on the timescales we’ve previously announced.”