Government to reach decision on future of Leicester lockdown this week 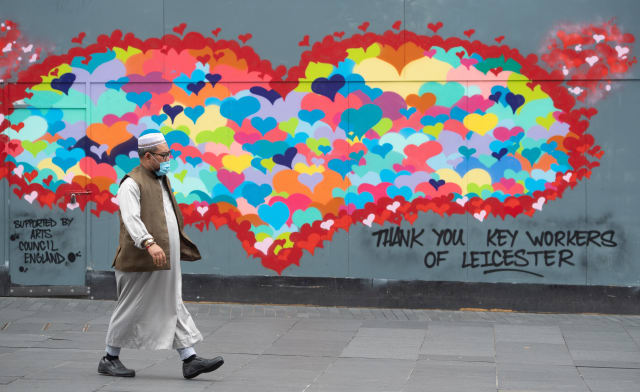 The Government will decide later this week whether to make changes to Leicester’s local lockdown after examining the latest coronavirus data, the Health Secretary has said.

Matt Hancock said information covering the 14 days since the local measures were introduced will be looked at on Thursday followed by a public announcement “as soon as is reasonably possible”.

Speaking in the House of Commons on Tuesday, Mr Hancock said: “We will look at 14 days of data, it is today 14 days since the measures were introduced and we’ll look at that on Thursday of this week and make a public announcement as soon as is reasonably possible about whether and if any changes can be made to the situation in Leicester.

“Thankfully the numbers have been coming down in Leicester and we’ve put in that extra testing, but the number of positive cases in Leicester is still well above the rest of the country and I won’t prejudge the decision that we’ll take on Thursday and we’ll take into account all of the data.”

His comments follow claims from Leicester Mayor Sir Peter Soulsby that data being provided to local health officials is not detailed enough and up to two weeks out of date.

But one of the Government’s deputy chief medical officers, Professor Jonathan Van-Tam, has said that “the local authority is getting absolutely granular postcode-level data”.

Earlier on Tuesday, local NHS officials said the coronavirus outbreak and lockdown in Leicester had highlighted the need to tackle health inequalities.

Issues around deprivation, ethnicity and numbers of people registered with GPs were raised at a meeting of the Leicester, Leicestershire and Rutland Clinical Commissioning Groups (LLR CCGs) governing body.

Prof Azhar Farooqi, clinical chair of the Leicester City CCG, said the recent local “spike” of Covid-19 had triggered an “extraordinary” response from the NHS during a “tough time”.

He added: “One of the learnings… from this lockdown is really the impact of deprivation and ethnicity on health inequalities.

“I think as a CCG this has really brought to us a focus around the barriers… social, cultural and language to accessing health, and the impact of health beliefs.”‘

Andy Williams, LLR CCGs chief executive, said: “Once again we see the impact of illness, in this instance Covid-19, impacting asymmetrically on our population”.

He explained that there were “structural in-built inequalities” in general society which meant disease impacts “asymmetrically the poorest or most disadvantaged”.

A report by Mr Williams presented to the meeting called for a “big conversation” between local statutory and public sector bodies as part of a bid to reduce health inequalities.

He labelled it as one of the “most persistent and stubbornly difficult” issues in society which “remains in strategic health terms probably the key challenge”.

Prof Farooqi acknowledged that Leicester’s lockdown had caused a “delayed recovery to a degree, certainly in primary care” and said efforts were needed to ensure the city was not left behind.

Meanwhile, Zuffar Haq, an independent lay member of the Leicester City CCG, said he was “shocked at the number of patients that don’t have a GP registered in the city”.