Frustrated by lockdown? Iceland offers to release your screams over loudspeaker 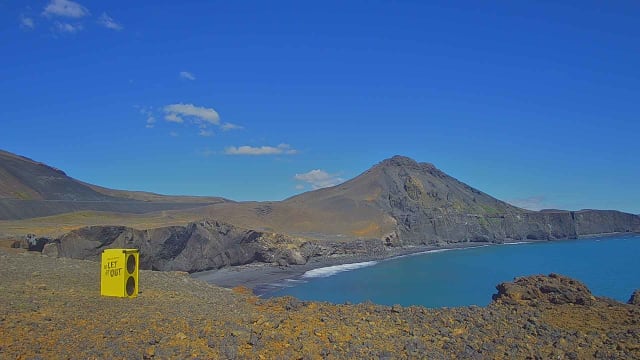 People feeling stressed by lockdown are being invited to let off steam by having their screams played over loudspeaker in a remote part of Iceland.

The offer comes from the Scandinavian nation’s tourist board, which has set up a website allowing people to record themselves venting their frustration.

The results will then be played from one of seven speakers set up around the sparsely-populated country.

The website reads: “You’ve been through a lot this year and it looks like you need the perfect place to let your frustrations out. Somewhere big, vast and untouched.

Visit Iceland’s campaign is inspired by scream therapy, or primal therapy, which was popular in the 1970s as a way to attempt to tap into repressed issues and relieve stress and anxiety.

Psychotherapist Zoe Aston said: “The events of this year mean most of us have experienced increased feelings of frustrations, fear, loneliness, anger or guilt, and we have all coped in different ways.”

She added: “Using a scream as a way to release pent up emotion allows you to reconnect with yourself, hear your own voice and reclaim the power that is inside you.”

Participants can choose where their scream will be played, with locations including the peak of Festarfjall in Reykjanes Peninsula and Skógarfoss waterfall in the south of the country.

Iceland has seen relatively few coronavirus cases, with only 10 confirmed deaths, on the back of measures including high-volume testing and the quarantining of at-risk people.