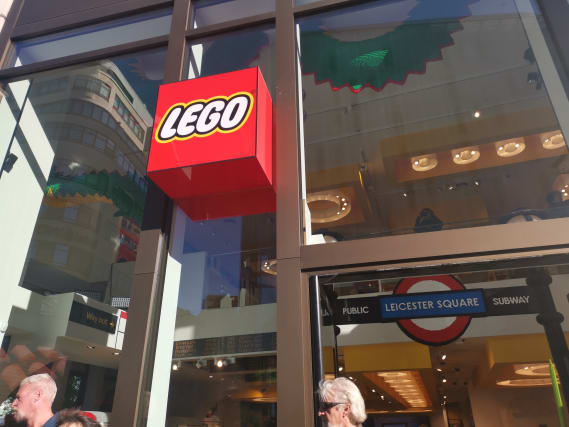 The founder of a charity that donates Lego to children in hospital has said he is “in a pretty dark place” after burglars stole around 18,000 sets of the building bricks from his warehouse.

Kevin Gascoigne, who founded Fairy Bricks in 2014, said he had been in tears since the break-in at its headquarters in Moldgreen, Huddersfield, on Sunday night.

And he urged anyone who spots any of the stolen sets for sale to contact police.

Mr Gascoigne, 44, said he was informed about the burglary, which he believes involved at least seven people, by his neighbour at Shaw Business Park on Monday morning.

He said: “I came down and that was it really. I witnessed the devastation and saw what they’d taken. We’ve been in bits.

“It’s been more difficult for me today. I’ve spent today crying a lot and I’m a 44-year-old fat bloke with a beard, I’m not used to crying.”

He continued: “We’re in a pretty dark place but we won’t be here for long because the kids still need our help. We’ll bounce back.

“We have put pictures of some of our stolen sets on Facebook so if anyone was to see those in unusually large volumes, please give West Yorkshire Police a call.”

Mr Gascoigne said he had been overwhelmed by the comments he had received after he put out an appeal for “positive noise” on Facebook.

More than 100 people from around the world, including France and Australia, had commented on the post on Tuesday afternoon about their experiences of Fairy Bricks donations.

Mr Gascoigne said: “The positive comments mean more to us than money, money’s not always the answer. I know it’s kind of the modern way and people have been making donations on our website but we haven’t discussed setting a page up or anything.”

He added: “I just needed to hear those comments this afternoon. And even reading those had been making me cry but in a different way.”

Mr Gascoigne set up the charity after donating some of his own unused Lego sets to the Calderdale Royal Hospital, in Halifax, and seeing the impact they had.

The charity gave away 50,000 Lego sets to 185 UK hospitals over the last 12 months and donated 32,400 kits to the children of NHS workers at the height of the coronavirus pandemic.

He said: “We can’t make them better but we work with the play specialists and happy children get better faster.”

West Yorkshire Police appealed for anyone with information about the burglary to contact them.

A force spokeswoman said: “Police are appealing for information following a burglary at a business premise on Shaw Business Park, Moldgreen, overnight on 12/13 July.

“The suspects gained entry to the building and took a large number of Lego sets from inside, before loading them into a vehicle and making off.

“The suspects then returned a short time later, taking more Lego sets. They also took a van belonging to the business, which has since been recovered.

“Anyone who has any information is asked to contact police using the online chat service or by calling 101, quoting crime reference 13200349738.”

To find out more about Fairy Bricks, or to make a donation to the charity, visit fairybricks.org