Uncle found niece’s body after she was raped and killed by friend, court heard 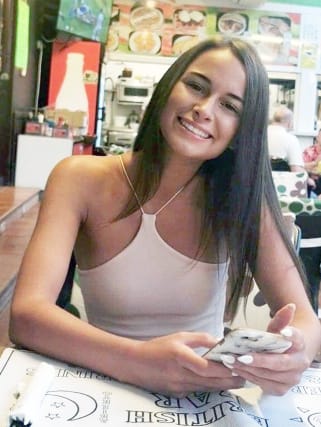 An uncle found the body of his niece lying face-down in a pool and hidden with branches after she was raped and murdered in a park by a “trusted” friend, a court heard.

Keeley Bunker, 20, was discovered near a brook in Wiggington Park, Tamworth, Staffordshire, on September 19 last year, hours after she was reported missing.

She had celebrated her birthday just days earlier and was due to attend a job interview later that day – but never arrived, Stafford Crown Court heard on Monday.

The prosecution allege Ms Bunker, who was just 4ft 11in and weighed six-and-a-half stone, was killed by friend Wesley Streete, who then tried to cover up what he had done, a jury was told.

A post-mortem examination found she had been strangled.

Streete, also 20, of no fixed address, told the victim’s best friend he would walk Ms Bunker home safely after a night out clubbing.

But prosecutors have alleged he told “lie after lie”, claiming she was still alive when they parted ways, then changing his account of what exactly happened days before trial.

Jurors heard that, on the evening of September 18, Ms Bunker had been to a concert at Birmingham’s O2 Institute to see rapper Aitch with a close female friend.

The pair arranged to go clubbing afterwards with Streete.

Streete was described as “very drunk” at the club, having “three drinks for every one” the girls had, and was downing double vodka Red Bulls.

After getting a taxi back to Tamworth, Ms Bunker’s friend offered her a bed for the night, suggesting she “walk home later in the morning”, said Jacob Hallam QC, opening the Crown’s case.

He added: “But Keeley refused – tragically – saying she was tired and wanted to sleep in her own bed.”

She told her friend: “I’ve got Wes, Wes lives near me, Wes will walk me back, it’ll be fine.”

Mr Hallam said friends and family became increasingly concerned as the Thursday wore on, with no sign of Ms Bunker, and organised searches after alerting the police.

He added: “It was Keeley’s uncle, Jason (Roberts), who found her body at about 9pm that night.

“It was lying face-down in a pool, fringed by small trees and bushes at the edge of an area of parkland in Tamworth.

“It had been hidden under a latticework of branches that had been taken from surrounding vegetation.”

Mr Roberts, searching with a torch, “spotted dark, matted hair in the pool, and the glint of a bracelet on an arm that was beneath the water”.

“He began to scream ‘No!’, because he knew what he was looking at was the body of his niece,” added the Crown’s barrister.

Ms Bunker leggings and underwear had been pulled down and it was “obvious” she had been sexually assaulted and killed.

He added: “During the course of that Thursday – a day of mounting dread for the people who loved Keeley – he, the defendant, had been telling people, Keeley’s family, her true friends and the police, that he had walked her to a telephone box near his home earlier that morning.

“And there they had parted company.

“He even showed police the route that he said that they had taken and where they parted.

“CCTV was found that showed it was a lie.

“Analysis of his telephone showed it was a lie.

“DNA showed it was a lie.

“Because the truth, we suggest on behalf of the prosecution, was that he had taken Keeley Bunker’s life and he had sexually assaulted her.

“She, a young woman, who had trusted him.”

Mr Hallam claimed Streete had put forward changing accounts of what had happened, first alleging he and Ms Bunker had parted ways, before in December last year, accepting he was present when she died, but had not had sex.

In June, Streete then claimed in a defence statement that while giving him a “piggy-back”, Ms Bunker had stumbled, “striking her head on a gatepost”, adding he had then been “too frightened” to call an ambulance.

In an updated defence statement on July 10, Streete would now claim they had consensual sex “and during it he held her around the neck and accidentally killed her”.

Mr Hallam said Ms Bunker was “not alone”, adding police had discovered other women who had been allegedly assaulted by Streete.