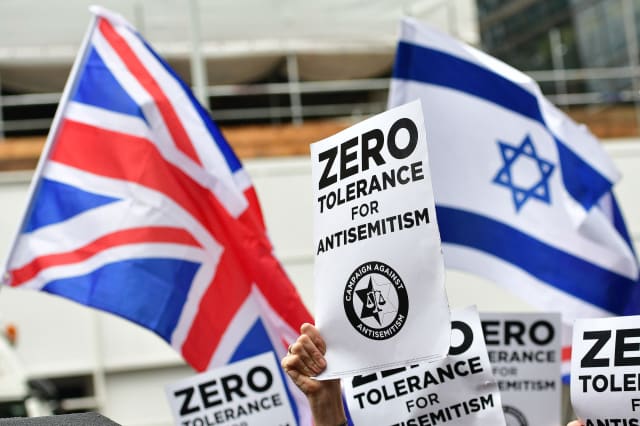 Twitter has been accused of “allowing racism to run rampant” after promoting a viral hashtag which contained numerous anti-Semitic tweets.

Several posts featuring anti-Jewish racism and Holocaust denial were presented to users looking at the hashtag #JewishPrivilege, which trended in the UK on Sunday night and Monday morning.

The word “Jews” was also trending on the platform for part of Monday.

Some since-deleted tweets referred to the gassing of Jews by Nazis and “going to the only 6 million star hotel in history and then complaining about it”.

Other posts still up on the site at the time of publication accused Jewish people of “shaming whites while pretending to be one of us” and controlling the media.

The Campaign Against Anti-Semitism expressed shock at the fact the tech company not only allowed tweets to remain on the platform, but also promoted them via its trending topics.

“It is horrifying… this is very clearly a hashtag about denying racism against Jews whilst implying that Jews perpetrate injustices against other minorities,” Stephen Silverman, director of investigations and enforcement at the organisation told the PA news agency.

“Twitter’s response is not just tone-deaf, it is brazen. Anti-Semites are able to use Twitter to reach millions and by failing to act on anti-Jewish incitement Twitter is enabling it,” he claimed.

Although activity was highest in the last two days, the PA news agency found tweets complaining about the hashtag trending on several days as far back as June 8.

The social media site said it is able to block certain topics from trending in order to “promote healthy discussions” on its platform.

“These include trends that incite hate on the basis of race, ethnicity, national origin, sexual orientation, gender, gender identity, religious affiliation, age, disability, or disease,” the company said in a statement.

However, Twitter claimed the #JewishPrivilege hashtag did not violate these policies, without giving further detail.

“Social networks are allowing racism to run rampant and it is high time they were regulated like all other mass media,” said Mr Silverman.

“The accounts spewing this anti-Jewish hatred will still be there tomorrow, retweeted in the thousands.”

Jacob, a Jewish student from London who did not wish to share their surname, told PA reading comments under the hashtag exposed him to “disgusting anti-Semitism from every corner of the political spectrum”.

“I have seen people attempting to tell our story for us, claiming that we decide when we are ‘white’ and when we are a minority,” the 20-year-old told PA.

Netta Meytin, a Jewish paralegal from Israel, pointed to multiple tweets claiming Jews believe they are “better than everyone else”.

“I’ve encountered many comments like these from every social media platform I’ve been a member of… they create this feeling of hopelessness,” the 19-year-old told PA.

“These comments echo the speeches of powerful leaders that used their position to create genocides.”

It is difficult to pinpoint where the hashtag originated, but many Jews responded by sharing stories of oppression they, their families or others had faced.

Actor Josh Gad tweeted: “Is it the privilege of my mom never getting to meet her grandparents because they were murdered or is it her parents being robbed of their childhoods by being put in camps?”

Another Jewish person, who wished to remain anonymous, told PA: “I felt sickened by many comments – both from Jews sharing their painful experiences and from racists denying our pain.”

Jacob said it was admirable to see the hashtag flipped to become a “moment of education”, but worried there is “no way of winning this situation”.

“If we complain about hashtags and the like, we are acting in a way that can lead to people accusing us of wallowing in our victimhood, and can increase anti-Semitic sentiments,” he said.

“It is a situation in which we are powerless. I feel powerless. We all have a responsibility to do better.”