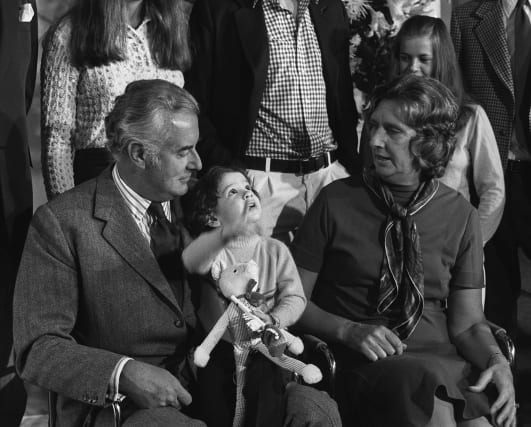 The removal of Mr Whitlam, who had failed to pass a budget and then opted not to resign or call an election, has been the subject of intense ongoing speculation.

He wrote: “I should say I decided to take the step I took without informing the palace in advance because, under the Constitution, the responsibility is mine, and I was of the opinion it was better for Her Majesty not to know in advance, though it is of course my duty to tell her immediately.”

The letters have been released by the National Archives of Australia following a ruling in the Australian High Court which overturned an earlier decision that deemed the correspondence as “personal” and not state records.

The documents showed Sir Martin’s reply, stating that the Queen had read “your statement with close attention” and assuring Sir John that his confidentiality would be protected.

Sir Martin wrote that he considered Sir John’s actions “cannot easily be challenged from a constitutional point of view however much the politicians will, of course, rage”.

He added: “I have no doubt Mr Whitlam will try to make the constitutional issue the heart and soul of his campaign but as an extremely shrewd politician who does not live very far away from this house said to me on the 11th of November ‘It is never possible to fight an election on one issue’.”

Mr Whitlam had phoned him on the day of the dismissal at 4.15am, Sir Martin wrote.

“He spoke calmly and did not ask me to any approach to the Queen, or indeed to do anything other than the suggestion that I should speak to you to find out what was going on.”

Sir Martin said Sir John had shown “admirable consideration” for the Queen by not informing her prior to the dismissal.

He wrote: “If I may say so with the greatest respect, I believe that in NOT informing the Queen what you intended to do before doing it, you acted not only with perfect constitutional propriety but also with admirable consideration for Her Majesty’s position.”

The removal of Mr Whitlam and his replacement by opposition leader Malcolm Fraser marks one of the most controversial moments in Australia’s political history.

The newly sacked Mr Whitlam famously said on the steps of Parliament House in Canberra: “Well may we say ‘God save the Queen’ – because nothing will save the governor-general.”